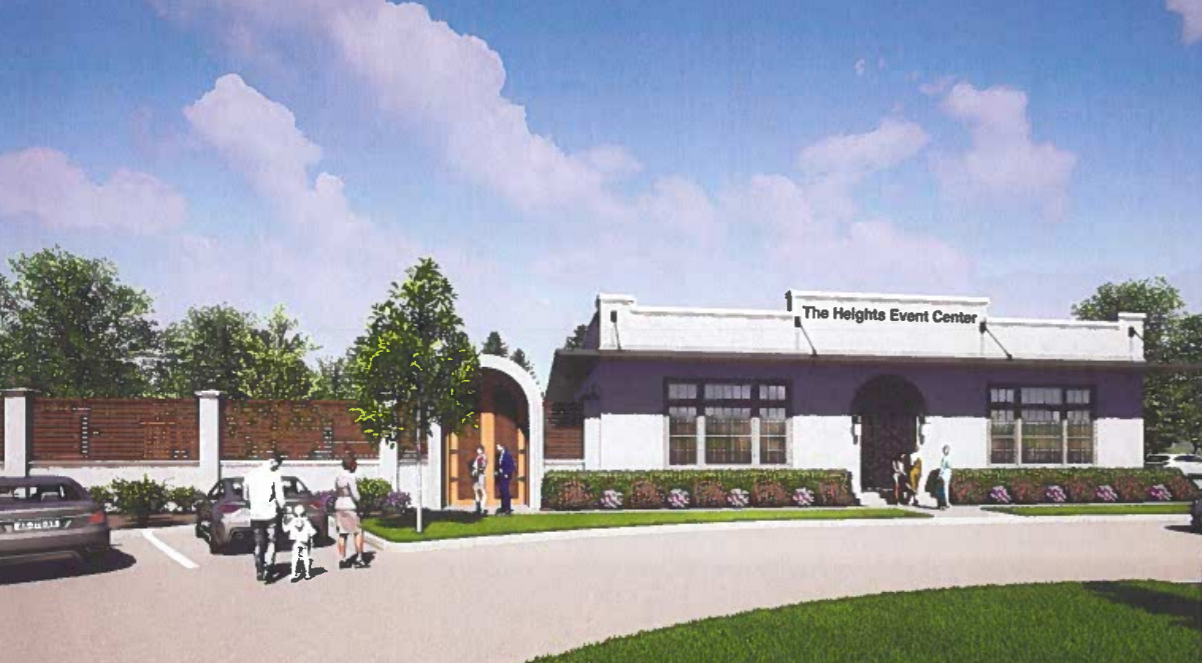 Waxahachie P&Z recommends a site plan for the event center

The Waxahachie Planning and Zoning Commission on Tuesday recommended approval of a site plan for the Heights Event Center, which is expected to be located at 716 Dunaway St.

As proposed, the facility, which would be redeveloped from an existing structure, would include 4,718 square feet of first-floor space for multiple functions, as well as a courtyard on the west side of the building with a gazebo.

The commission approved the site plan with minor changes from the developer agreement that was previously approved.

A change to the site plan allows the facility to have two floors instead of one. The addition of 1,250 square feet would be used for storage. Developer Brad Yates of Colonial Restoration said the addition shouldn’t negatively impact the view from the nearby area. Yates said the plaque line on the second floor was 9 feet and the parapet of the building was just over 3 feet, so he said 6 feet was visible.

“We set the building back 8 or 9 feet, so from the sidewalk you won’t see much of it,” Yates said. “Especially in front of the building, you will see very little from the second floor.”

Another change is to no longer require a sidewalk to be constructed along the Avenue C side of the facility, as previously discussed.

Yates said the main reason for not building a sidewalk there is to discourage parking in nearby resident yards and bar ditches on Avenue C.

“That’s one of the things CI Avenue wanted to get away from,” Yates said. “I think (a sidewalk) would encourage them because they could just pull over in the ditch at the bar and then if it’s raining they could get on the sidewalk and walk to the event.”

He added that Avenue C is a narrow street anyway and cars parked along the bar ditch would make matters worse. Yates said that’s especially true if a fire truck is needed along Avenue C.

The site plan calls for parking to be on site and along Brady Street, with additional parking available at the adjacent church.

Under the agreement, landscaping will be added along Avenue C to protect the yard. The agreement also states that the facility’s curfew would be 10 p.m. on weeknights and midnight on weekends.

The municipal council should vote on this point at a future meeting.