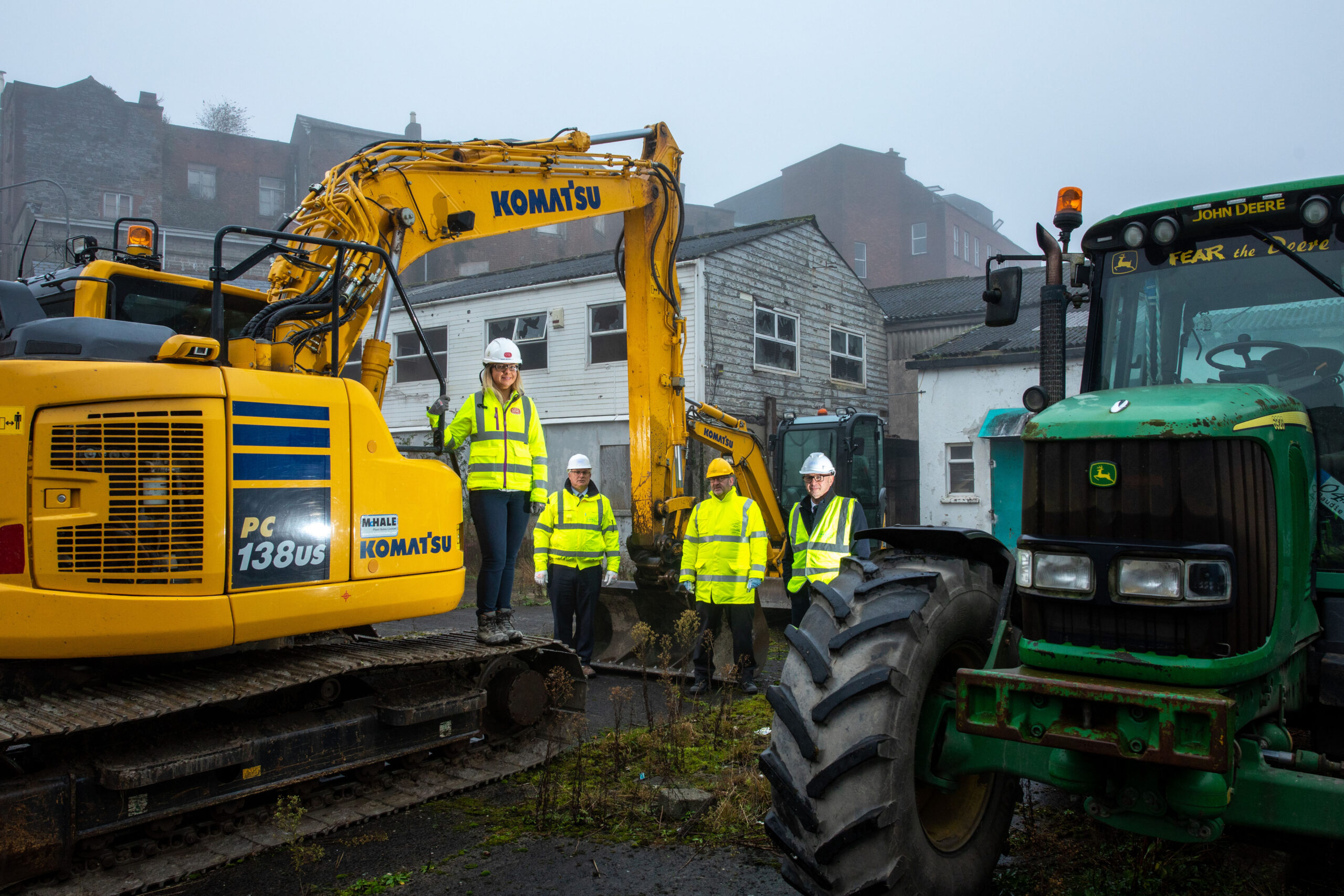 Work begins for 200 million euros to develop the Opera site

LIMERICK’s biggest commercial real estate investment and the largest ever outside Dublin began on Monday at the Opera House in the city center.

Demolition and placement work has been initiated by John Sisk & Son Ltd on the 1.62 hectare site which will accommodate up to 3,000 employees on a 450,000 square foot campus.
The € 200 million program will take up to six years, with up to 500 people involved in construction at its peak.
Key elements of the project will include a 14-story office building; a five-storey aparthotel with commercial units on the ground floor and in the basement; an office building above the basement with retail units and a restaurant / cafe; a new library and a large public space.

The site is being developed by Limerick Twenty Thirty (LTT), a special purpose vehicle created by the City and County Council of Limerick in 2016 to boost economic and social development by building and promoting disused strategic sites in Limerick.
LTT has already completed the award-winning, fully leased Gardens International project on Henry Street, which was completed at a cost of 17.6 million euros.
Its portfolio also includes Troy Studios, Castletroy, which is fully completed and leased; the ten acre Cleeves Riverside project which is currently in the master planning stage; and the 60-acre Mungret Park residential site where a first phase of 200 units is planned for early next year.
The Opera site is fully funded by the European Investment Bank, the Council of Europe Development Bank and the Ministry of Housing.

Extensive site demolition and placement work will take up to 12 months, as will demolition of all 20th century buildings and subsequent additions, adaptive reuse of protected structures and other structures of heritage value.
Three major site developments will take place in addition to extensive rehabilitation and demolition work during the first three years of the program, including the new municipal library; aparthotel, shops and apartments and income building and attic developments.
Mayor Michael Collins said the development of the opera house would be crucial in helping Limerick out of its great economic challenges.

Minister of State responsible for the Bureau of Public Works, Patrick O’Donovan, said the development would propel Limerick’s economy into a new era.
“This will accelerate the social progress of the city. It’s also going to have a very positive ripple effect for a long time and way beyond the city, but into the county and the region. I can’t wait for this impact to take hold, ”he added.

LTT chief executive David Conway said there would be very significant economic benefits and jobs for the region under the six-year construction program.
“We were commissioned to develop sites that would accelerate the ongoing transformation of the City of Limerick and today, as we begin construction, it’s a highlight of this journey. “
Limerick City and County Council General Manager Pat Daly said the opera site has been the most discussed development in Limerick in modern times, so they were thrilled, with Limerick Twenty Thirty , to get there.
“Limerick Twenty Thirty was designed to stimulate growth in Limerick and the opera site is the biggest project in the program and the timing couldn’t be better. Every city and region beyond the world is plagued by the economic fallout from Covid-19, but the Opera site will give us a real advantage in the recovery, ”he predicted.
Limerick Chamber general manager Dee Ryan described the start of work on the site as a huge boost for Limerick.
“It will be an invitation to IDE, to indigenous businesses to look at Limerick. Once they do, they will see a city that is very open for business, looking to the future, and a great place to work and live.
“Even as the world of work evolves there will always be a need for commercial office space and the beauty of Limerick’s offering is that we can deliver it to world class standards but at a very competitive price within a great city and region to work and live, ”she said.

The development of the opera house will include a number of significant changes to the city’s streetscape.
The main components will be a 14-storey building at Bank Place comprising 13,264 square meters of office space.
A four to six storey building on basement, with 12,654 square meters of office space, 960 square meters of retail and 430 square meters of restaurant / cafe use on the ground floor
A five-story building at the corner of Patrick Street and Ellen Street comprising a 5,000 m² aparthotel, 13 apartments and over 1,000 m² of retail space on the ground floor and basement
A renovated four story basement building on Rutland Street offering 444 square meters of commercial ground and basement use, with three residential units above.
The renovation of 9 Ellen Street, formerly Quinn’s Bar, will offer a 1260 m² bar and restaurant.
The renovation and adaptation of the old town hall, including the construction of a six-storey extension above the basement, will provide a new 4,515 square meter public library; 2,981 m² of offices as well as 196 m² and 445 m² of café / restaurant in the basement.
The Bruce House door will be moved to the internal gable at 8 Rutland Street in the atrium of the new library building, while the Buyilding attic on Michael Street will undergo extensive renovations.
Underground parking on Place de l’Opéra will also include car charging stations, secure bicycle parking spaces, as well as showers and changing rooms with additional secure bicycle parking spaces at ground level. .