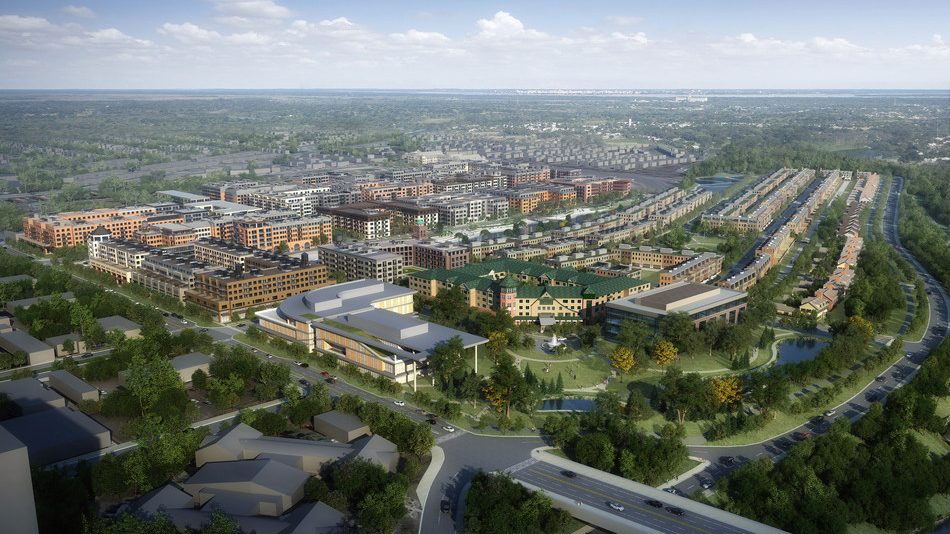 What is the next step in the development of the St. Paul Ford site? Here is an update

Last year, Ford Motor Co. selected Minneapolis-based Ryan Cos. As the lead developer for the 122 acres of vacant land that once housed its Twin Cities manufacturing campus.

City officials continue to market the land overlooking the Mississippi River as a future national model of sustainability and “infill” urban redevelopment.

However, several key questions remain before the construction crews begin work. The Ryan Companies are planning a community meeting from 7 to 8:30 p.m. Thursday at the Joan of Arc Auditorium at St. Catherine’s University in Whitby Hall, located at Randolph Avenue and Kenneth Street.

Here is an update on the status of the project and what will follow:

WHO OWNS THE FORD SITE?

Ford owns the Ford site. The Michigan-based automaker plans to sell the plot that housed the main assembly plant to Ryan Cos., Although both sides have been silent on how quickly that could happen.

The Canadian Pacific Railway still owns the nearby 13-acre marshalling yard, a wedge-shaped parcel on the southern border of the site.

The unclear sales schedule has raised concerns among critics that some $ 53 million in potential municipal property tax misappropriation – a type of public investment called “tax hike funding” – to cover the costs of infrastructure would simply increase the selling price, making more money for Ford to the fresh taxpayer. TIF dollars used for affordable housing could add up to $ 48 million more in public contributions.

IS THE EARTH CLEAN?

State officials say the land has been cleared.

Walker Smith, a spokesman for the Minnesota Pollution Control Agency, which has been monitoring cleanup issues at the Ford site for years, said Ford has taken the initiative in removing soil contaminated by decades of auto manufacturing and to make the earth family friendly again.

“It has been cleaned to standards suitable for residential development,” Smith said. “Basically, they dug all of the soil from the site down to bedrock and backfilled it, for the most part.”

A representative from the MPCA will address environmental issues at the Highland District Council’s Community Development Committee meeting, which will be held Tuesday at 6:30 p.m. at the Highland Park Community Center.

WILL THERE BE AFFORDABLE HOUSING?

Yes. In 2017, St. Paul City Council approved the Ford Site Master Plan, which calls for 20% of 3,800 units to be affordable. Tuesday, Ryan Cos. announced that Project for Pride in Living, CommonBond Communities and Twin Cities Habitat for Humanity have agreed to be affordable housing partners for these 700 units.

“We’re going to do a little bit of each,” said Scott Cordes, CFO of Project for Pride in Living, which will develop about half of the affordable housing on site. “The units that we will produce and CommonBond will produce will be affordable multi-family buildings, and within those they may have some income variability in the affordable range. “

Funding for affordable housing will come from a variety of locations, including up to $ 48 million in TIF. “We expect this to be gradual, much like (the development schedule that has been) set for overall development,” Cordes added. “Each project will be subject to its own approvals.

WHAT ABOUT ZONE C?

Next to Hidden Falls Park, a sloping man-made parking lot on Boulevard on the Mississippi River continues to raise questions in the community and at City Hall.

Ford added a layer of asphalt and vehicles parked on it for a while. This is generating a lot of concern, but MPCA officials say they are not alarmed.

“This is a site that is across the river route, an area where 60 or 70 years ago the Ford company did away with solvents and paint sludge and that sort of thing,” he said. Smith said. “Basically, they just threw him over a cliff, which was perfectly legal at the time. Since then this area has been covered and covered, but this area has been flooded dozens of times. We asked the Ford company to do some testing there, and all of the results we saw showed that there was no level of contamination that would pose a threat to humans or the environment.

100% ELECTRICITY WITHOUT CARBON – BUT HOW?

Throughout his final years in office, former St. Paul’s mayor, Chris Coleman, frequently highlighted the potential of the Ford site as a defining example of sustainability – an environmentally balanced neighborhood of tomorrow. It remains to be seen exactly how Ryan Cos. plans to achieve this.

During a media event at the Ford site on Tuesday, Ryan officials said they had worked closely with Xcel Energy to ensure that 100% of the electricity at the Ford site will come from renewable or non-renewable sources. carbon. This includes electricity from what is likely to be the state’s largest urban solar power grid – a seven-acre facility. Each building will be ready for solar energy.

“When we told them to think outside the box, they took the box and threw it away,” Ryan Vice President Tony Barranco said.

Where else will the energy come from? Hydropower is a strong possibility. The hydroelectric plant on the site is owned by Brookfield Renewable Power Inc.

“The project is still in its early stages, but… we are currently exploring ways to provide locally sourced renewable energy by combining on-site hydropower with new solar power,” said Matt Lindstrom, spokesperson for Xcel Energy.

“Although still in the early stages, we are excited about the plans on offer and look forward to seeing what we can offer our customers in St. Paul,” said Lindstrom.

Ryan officials have not disclosed any further details. Previous concepts had called for exploring geothermal heating and other innovations, but no mention was made on Tuesday of this possibility or how to offset the use of natural gas on site.

“On the 100% renewable electricity front, the last news I heard was that more than one option to get there was being considered,” said Russ Stark, St. Paul Mayor Melvin Carter’s Resilience Officer. .

Access to transport is part of the sustainability strategy. Plans call for the extension of the existing road network from Highland Village, but with better access for bicycles and pedestrians. There will be at least 100 new electric charging stations, and stormwater will be collected and treated on-site, preventing direct runoff to the Mississippi River.

HOW LONG WILL IT TAKE TO COME TOGETHER?

Ryan officials have said the market is driving development, but demand for housing is quite high right now.

If construction begins in the spring as planned, the first residents will likely move in within three years. Ryan Cos. plans to start at a civic plaza near Ford Parkway and single family homes along Mississippi River Boulevard, which are sure to be quick sellers.

The City of St. Paul has posted answers to frequently asked questions on the Ford website at tinyurl.com/Ford2019.