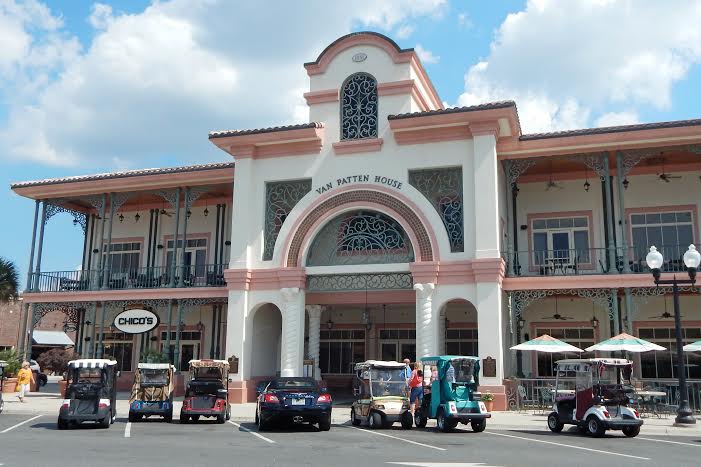 The Villages has officially filed a site plan with the Town of Lady Lake for apartments at Spanish Springs Town Square.

The Villages’ desire to put age-restricted apartments in empty second-floor commercial space in Spanish Springs has been a contentious issue for more than a year. The Villages sued to bend the Lady Lake Commission to their will, ultimately forcing the commissioners to drop their 33 years Regional Impact Development Contract with the Developer.

Many residents, including Mayor Jim Rietz, who has a large “Save Spanish Springs” sticker on the rear window of his vehicle, remain suspicious of the Villages’ potential long-term program for the original town square. The elimination of Katie Belle, cutting off the extended happy hour previously enjoyed exclusively in Spanish Springs, and the eerie silence over the future of the shuttered Rialto Theater are feared to be part of a secret plan to suck life space. Some have expressed concern that The Villages will end nighttime entertainment in the square.