The development plan for the Muhlenberg hospital site is moving forward 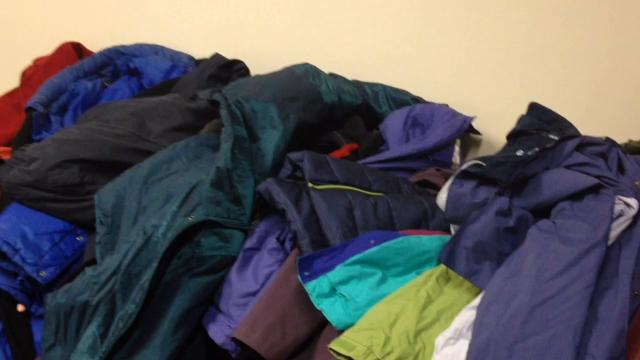 PLAINFIELD – Plans to redevelop the long-vacant 10.8-acre Muhlenberg Hospital site at the intersection of Park Avenue and Randolph Road took another step forward this week.

In a 5-2 vote, city council members on Monday approved a financial deal with developer Muhlenberg Urban Renewal LLC of Bloomfield that will bring the city more than $ 10 million in revenue over 30 years.

READ:North Plainfield Board of Directors votes not to renew Superintendent’s contract

Councilors Bridget Rivers and Diane Toliver voted against the ordinance. The project has already been approved by the city’s planning council, officials said.

Several residents have spoken out against the $ 56 million mixed-use project that provides 120 market-priced luxury one- and two-bedroom apartments as well as a 186,000 square foot medical complex.

A resident expressed concern that Centennial Hall meeting space would be destroyed as part of the redevelopment plan.

A resident of Carlton Avenue said she was opposed to anything other than a hospital on the Muhlenberg property.

Alan Goldstein, a resident of Madison Avenue, asked if the agreement made provisions for employment of residents or businesses in the city. He said that otherwise he would not approve of the plan.

Carlos Sanchez, deputy city administrator for economic development, said 40 percent of the project is reserved for Plainfield contractors, subcontractors and suppliers. In addition, the project provides for 200 construction jobs and when completed, around 600 jobs are expected to be made available to city residents.

“It’s in the deal, it’s black and white,” Sanchez said.

A Hillside Avenue resident, a retired teacher who lives about 20 homes from the Muhlenberg property, said the hospital has always been a good employer and a good neighbor.

She believes Plainfield doesn’t need more apartments and noted that it’s not near a transit hub that would encourage people to move in. She also thinks the 120 apartments with high-end granite countertops won’t suit an area that’s primarily single-family homes.

Lilas Borsa said the hospital was one of the reasons she moved to Plainfield in 2000.

“We have enough apartments that have already been built or are in the process of being built. I don’t know how many more apartments we can build,” Borsa said, adding that the city should attract doctors and hospitals. , or put a park on the site.

City Councilor Cory Storch asked what has been done to market the property.

Sanchez said the city started working on the project in early 2014. He said consultants had been hired to review the best use of the property and that there had been around seven meetings with residents before that the city does solicit requests for proposals.

He said the city is still looking to bring a medical item back to the property, but New Jersey is not issuing any certificates of need for new hospitals, and none are planned for the next 15 to 20 years.

With the tenders, the city received six concepts and Muhlenberg’s urban renewal plan was deemed the best for the site.

“It is not a hospital and we understand that,” Sanchez said, adding that a hospital on the site is simply not feasible or supported by the market.

He added that every year the hospital building continues to deteriorate. If the city does not move forward with the proposal, the building will remain empty and become a danger to the safety of the community.

The deal calls for Muhlenberg Urban Renewal to pay the city $ 442,968 per year in lieu of property taxes. Residential units on site are expected to be completed within 18-30 months of receiving approvals. The deadline for medical practices is 18 to 60 months after approvals.

The state approved the hospital shutdown in 2008, about five months after Solaris Health Care System, which owned the 396-bed acute care facility with JFK Medical Center, announced plans to shut it down.

Toliver said a municipal complex on the site would have been a good idea. She asked why this had not been taken into account.

“It’s not that we haven’t looked at it,” Sanchez said, adding that a new municipal complex would cost more than $ 90 million, a price the city cannot afford, while leaving the existing city hall, annex and municipal court buildings empty and developers would consider housing only for these sites.

“It’s a great idea, but it’s not the right place,” Sanchez said.

But Toliver said the city’s existing municipal buildings are old and work to update them could ultimately reach $ 90 million anyway.

“It’s like you choose your battle,” Toliver said. “Repair, repair and repair, these buildings are old and we are constantly investing money in them.”