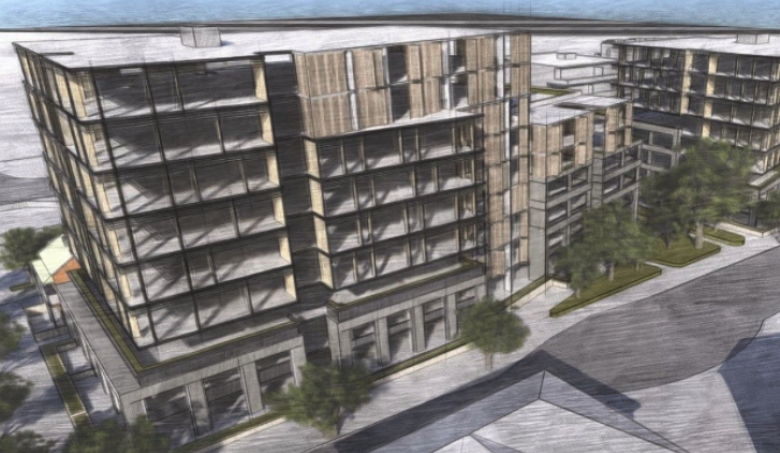 Sun Property Group, the prominent developer on Sydney’s Lower North Shore, is set to undertake one of its densest projects to date.

They have secured a large development site in Chatswood, which will be their first in the suburbs, and are embarking on the creation of two towers, with around 180 apartments, across the block at 1-17 Bowen Street.

Sun Property Group managing director Cameron Johnson says there is a lot of growth potential in the Chatswood area.

“Understandably, as we anticipate a substantial increase in net migration and workers continue to seek nearby employment, we believe the Chatswood market has strong growth potential,” Johnson told Urban.

While moving away from their more traditional boutique developments, some of which only offer a handful of apartments, Johnson believes they will still be able to attract a similar clientele to which they are accustomed.

“While we don’t produce the size of boutique residential apartments we typically offer, we will always look to include oversized products,” Johnson said.

“We will do two-bedroom apartments of around 85m² to 90m², rather than the more traditional 70m² size of a regular two-bed apartment.”

Johnson says there will naturally be more investors given Chatswood’s strong transport infrastructure and job opportunities, but there will be inventory to suit every buyer.

Where the Bowen Street site is near Chatswood. Image credit: CoreLogic

“The three beds will be designed for those with children or looking to start a young family, and the two beds will suit young shoppers looking to work from home and entertain on location.”

Construction at the site is expected to begin in early 2024, with development to be released in stages. There are expected to be around 70 apartments developed in the first stage, at the start of the Bowen Street site.

A+ Design Group’s Tony Leung is currently working on the plans, with the development application due later this year.

The site has been secured alongside SPG’s funding and equity partner, Qualitas, and will add $250 million in revenue to SPG’s pipeline.

SPG recently burst into the Melbourne market, where they launched Euroka, a boutique collection of apartments in the heart of Toorak, one of Melbourne’s premier suburbs.

Euroka is inspired by Melbourne’s iconic Roy Grounds House, once home to one of Victoria’s most influential modern architects.