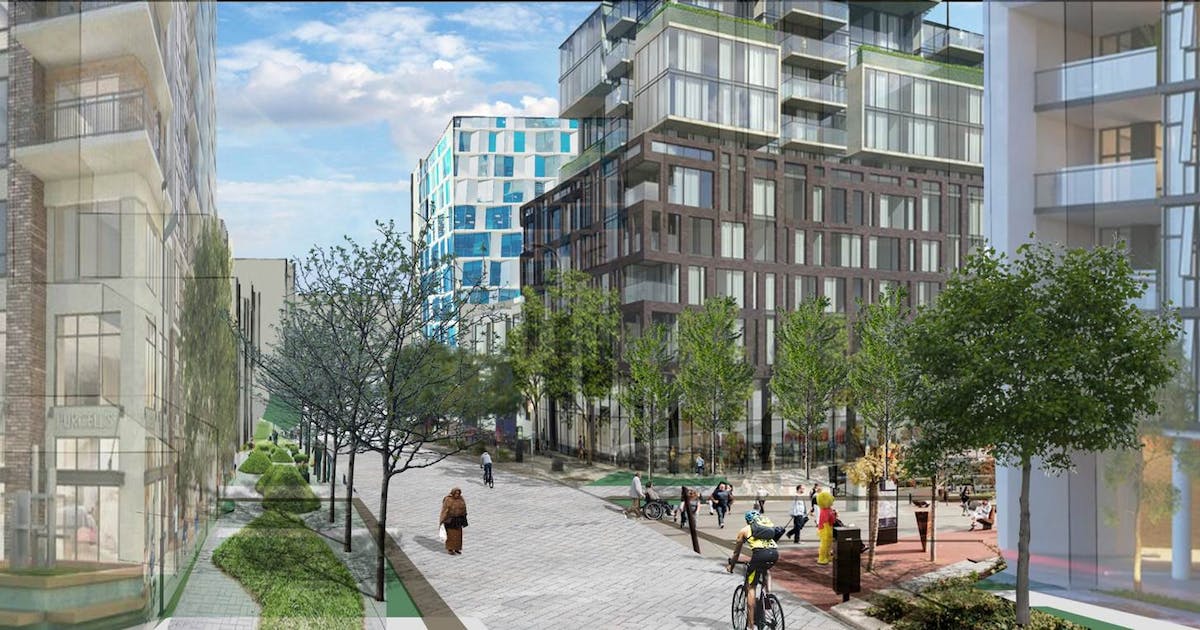 A huge field of dirt in the St. Paul’s Highland Park neighborhood could one day house up to 7,200 people and be the workplace of a thousand or more.

This vision of the former Ford assembly plant, which excites some and alarms others, won key approval from the city’s Planning Commission on Friday.

“The Ford site represents a unique development opportunity,” Mayor Chris Coleman said in a statement after the commission unanimously recommended the plan. “This well-thought-out plan lays the foundation for a vibrant and vibrant community on the banks of the Mississippi River.”

City council will likely review the plan in the fall. The document, which will frame the zoning and development of the 122-acre Ford property, continues to face opposition from residents who argue the city has downplayed community concerns.

Neighbors for a Livable St. Paul, a group of residents opposed to the plan, said St. Paul staff left comments on documents presented to the planning commissioners. They asked the Planning Commission to delay its vote and ask a third party to review the community input.

“The public and decision makers need accurate information. … This is something that will affect the Highland neighborhood and the city for decades to come,” said Charles Hathaway, who lives in the area and is a member of the group.

A “technical glitch” caused city staff compiling comments to miss some emails, both for and against the plan, said Mollie Scozzari of the Department of Planning and Economic Development. A resident alerted the city to the missed messages, and Scozzari said a staff member found them in a separate inbox.

The planning commissioners voted 9 to 7 not to delay their decision. Several commissioners said city staff shared the missing comments with them a few weeks ago and they had plenty of time to review the comments.

St. Paul staff have been gathering feedback from residents on the site for the past decade. The plan they arrived at has a mix of uses and building heights, with two stories closest to the Mississippi River and rising to eight or 10 stories near Cleveland Avenue. It includes a grid of streets that would connect to surrounding roads and pockets of green space that would dot the site, including a stormwater feature that resembles a stream.

Ford, which still owns the property, is expected to bring the site to market this year or early 2018 and the city expects development to take 15 to 20 years.

Some Highland Park residents are concerned about the housing density and traffic congestion the plan could create. Other neighbors – who have started their own group, Sustain Ward 3 – agree with the plan’s vision, which they say is an environmentally friendly design that will encourage the use of public transport.

Two city committees recommended the plan and said in a memo that Highland Park already has many single-family homes and needs more multi-family housing as the city’s population grows. And the site developer would make more money if they were able to add more accommodation to the site, said lead planner Merritt Clapp-Smith, which could reduce the potential need for government subsidies.

The Planning Commission agreed to some changes to the plan on Friday, including limiting the width of buildings to 500 feet in a bid to encourage developers to add courtyards or space for public amenities. They also agreed to increase the number of housing units permitted on the five blocks along Mississippi River Boulevard, which could reduce density elsewhere on the site.

“You have the most desirable property on the entire site,” said Commissioner Kris Fredson, who did not want hard limits on the number of people who could live along the boulevard.