By Betty A. CraneFebruary 2, 2022Site plan
No Comments 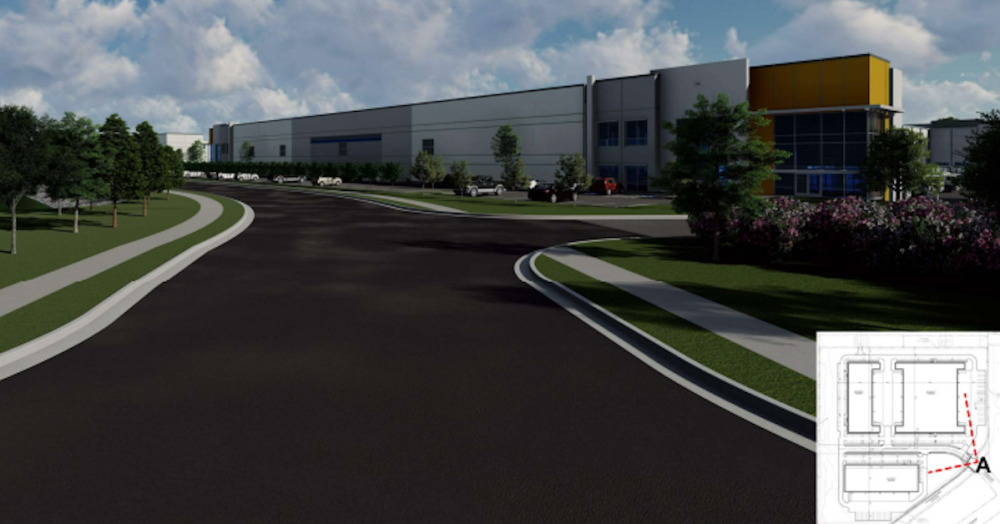 The 23.6 acre site will contain three warehouses. (Courtesy of the Town of Southlake)

Southlake City Council has unanimously approved a site plan for a warehouse and office building project to be called Mustang Business Court.

The development would be built near Mustang Court and Ira E. Woods Avenue on 26.3 acres zoned industrial. Plans call for three warehouses totaling nearly 331,000 square feet of space, according to city documents.

The applicant, Jason Bengert of Brookfield Properties, presented the project at the February 1 council meeting.

City Attorney Allen Taylor said the city’s consulting engineer has reviewed the area’s traffic system and believes it is within an acceptable range for this type of facility.

Ken Baker, director of planning and development services, also said city staff are reviewing the traffic study and are in communication with the City of Grapevine, which controls traffic lights in the area, to create safer traffic conditions.

The applicant also received a waiver of the city’s tree preservation ordinance, which requires that a minimum of 60% of the trees on the site be preserved. The approved deviation allowed the applicant to reduce it to 27.6% partly due to the poor condition of the trees, according to discussions. As part of the development, more than 900 new trees will be planted on the property, according to documents.