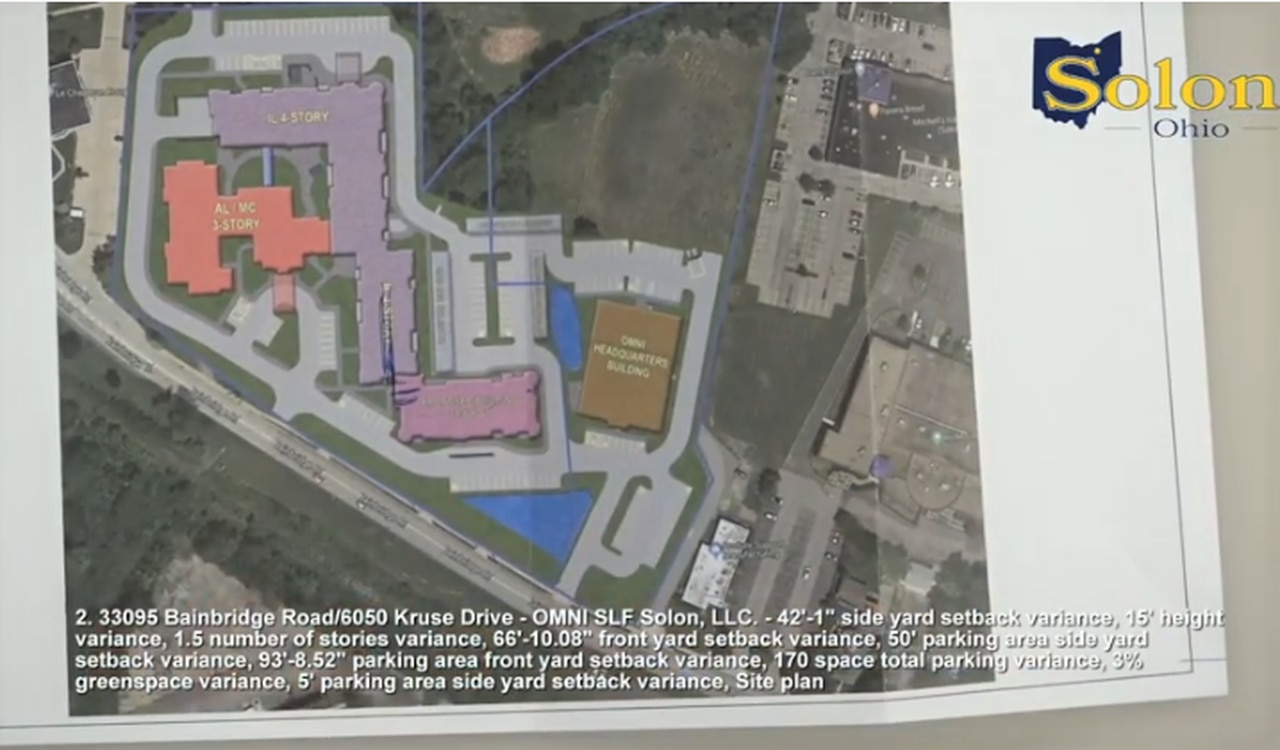 By Betty A. CraneFebruary 9, 2022No Comments

SOLON, Ohio — City Council has approved a revised site plan for an addition to the Vitalia active adult community in Solon.

On Monday (February 7), council approved the site plan, 6-1, along with nine deviations that were recommended for approval by the city’s Planning Commission.

The commission had recommended approval of the project subject to both the applicant’s agreement with the site plan submitted by the city’s planning department showing the location of a potential 10-foot-wide pathway and compliance with the guidelines of the city’s engineering department.

Ward 5 Vice Mayor and Councilwoman Nancy Meany cast the dissenting vote on the site plan and also voted “no” on a front yard setback.

Meany noted that the project was originally presented to council in October 2020. She also voted “no” to this site plan when council approved it 6-1.

“My problem with that – and it’s the same ongoing problem – is that I think it’s an overdevelopment of the site,” she said. “I think trying to squeeze another building over there is just too much.”

Meany said this proposed addition is a different plan than the one submitted by Omni and approved by the board in October 2020.

“The original building was going to be sort of parallel to where Omni’s headquarters is,” she said. “Now it’s more horizontal, and that even worries me a bit more.”

Meany said she was “super supportive” of the original construction of the senior housing complex, which opened in September 2020.

“I think it’s filled so much of a need in the city, providing an absolutely beautiful place for older people to go and reside,” she said. “I am delighted that it has really succeeded.

“But I just feel like it’s too much on this site.”

Gary Biales, vice president of development for Omni Senior Living, submitted an application to the city in December for the revised addition, including site and parking changes.

“I changed the location of the building,” Biales said.

Biales then explained by showing an architectural rendering of the previously approved plan, compared to that of the revised plan.

“The (original) addition was the same 30 units – same height, same architecture,” he said. “But there was a catwalk on the second floor.

“The reason it was on the second floor is because firefighters need year-round access. That made it really difficult. Part of it was outdoors, and we didn’t didn’t like it so we came back and changed it.

The revised plan — with the same square footage as the previous one — includes a hallway in the middle that connects to the existing building, Biales said.

“So there’s no walking outside,” he said. “That’s the difference.”

Zelwin asked, “How about the number of parking spaces compared to the original plan?”

“Even though it was reconfigured, we actually added spaces from our original plan,” Biales said.

Zelwin then asked Biales why Omni didn’t start earlier, after the board approved the original plan 16 months ago.

“I don’t want to endorse this and wait another year,” Zelwin said. “We don’t want to keep endorsing these deviations and moving forward with this and then you don’t fulfill your promise.”

Biales said part of the reason for the delay was the coronavirus pandemic.

“It was not the right time to innovate, get loans and everything else,” he said. “And while we were in that period, we kept analyzing that and saying, ‘It’s just too far for people to have to walk in open space.

“It just didn’t make sense in a lot of cases. This building now shows that it is only an extension of our existing building.

As for Omni’s timeline, Biales said his goal is to begin work on the site in May and then begin construction in August.

“So we’re looking at opening in April next year,” he said.

Omni has developed seven other Vitalia senior living communities in the Cleveland/Akron area, according to its website, omniseniorliving.com.

Separately, the board amended an order approved in December that established wage grids and wage increases of up to 2% this year for full-time and part-time employees not covered by a collective agreement.

The amended order offers these employees a wage increase of up to 2.25% – the same level the board approved for employees covered by the collective agreement. The increase is retroactive to January 1.

“It’s about getting our non-union employees to get the same wage increases as our CBA employees,” Meany said.

Zelwin noted that the impact of this 0.25% increase on the city’s general fund budget will be $50,000 this year.

“We think we can absorb that or use part of the budget contingency fund to pay for salary increases to match collective agreements,” he said.

The board also approved a collective bargaining agreement with the Ohio Patrolmen’s Benevolent Association for city corrections officers.

It’s similar to the three-year contracts the board approved Jan. 18 with the police department’s sergeants, lieutenants and patrolmen.