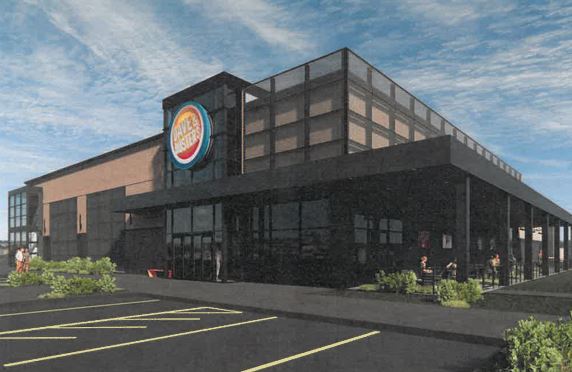 By Betty A. CraneJune 29, 2022June 30th, 2022No Comments
A proposed plan to build a 22,000 square foot Dave & Buster entertainment facility at 190 S. Jordan Creek Parkway was approved this week by the West Des Moines Plan and Zoning Commission.

The lot is located south of downtown Jordan Creek.

Dave & Buster’s is a popular Texas-based arcade and sports bar chain that began planning a location in West Des Moines in early 2020. The company halted new store development when the pandemic began.

It is unclear when construction of the facility will begin. The commission’s approval included the condition that the final site plan must be approved by the city council and registered with the Dallas County Recorder before a building permit could be issued.

Also at its meeting this week, the committee:

• Approval of changes to the Comprehensive City Plan land use map to allow for the redevelopment of the property at 3300 Westown Parkway. The site is where the West Bank plans to build its new headquarters. The commission also approved a phased site plan to allow construction to begin on private utilities, footings and foundations.

• Approval of a phased site plan for Farmers State Bank, which plans to construct a three-story, 33,000 square foot office building at the southeast corner of University Avenue and 98th Street . The property comprises 9 acres. In addition to the bank building, two other buildings will be constructed on the site, according to information provided to the commission.

• Approval of the site plan for a 9,000 square foot addition to a building located at 2200 Delavan Drive. Collins Engine Nozzles Inc. is located in the building.