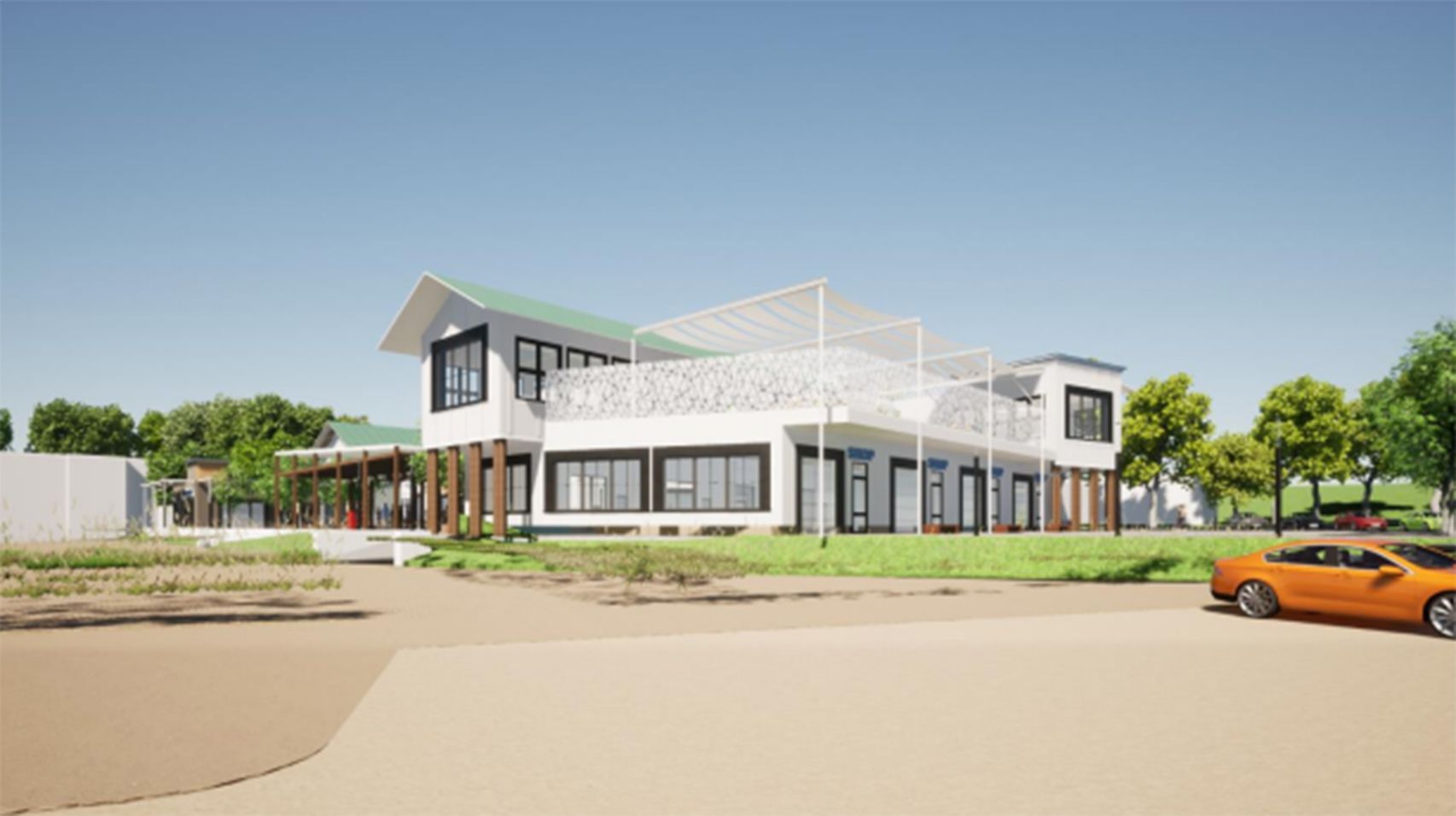 Within three months, developers of the Village of Cedar Crescent development must apply for planning permission for phase one of its multi-million dollar project on land in the waterfront town of Port Elgin, otherwise the city ​​could terminate or suspend an agreement that has just been approved by the councilors and force the developer to resubmit the plans and drawings for approval.

Councilors for the town of Saugeen Shores approved site works, servicing agreements and lease amendments, and viewed new renderings – the third iteration – of Cedar Crescent Village (CCV) during a virtual committee of the entire meeting on January 10.

The CCV plan is very different from what council approved in principle two years ago – it’s smaller, moved farther from the beach and doesn’t include a banquet hall, volleyball courts or staffed tourist office.

The phased development on the former mini-golf, train station and flea market grounds includes the Whitefish Grille with a rooftop terrace, pavilion, two-story market, restrooms and commercial tenants, including an ice cream shop.

Planning supervisor Jay Pausner noted that the developers had not yet approved the terms of the report which were presented to councilors as staff recommendations. He said CCV’s target opening is August 2023.

The design misses the mark for Coun. Cheryl who said the City needs to ensure the project supports the overall character of the design.

“This is a legacy project and I think we need to get this design right…” Grace said, explaining her opposition to site works and the maintenance agreement.

Grace said the proposed design is not in keeping with the coastal character and vision she believes most residents of Saugeen Shores want.

“I believe we can have growth and development without sacrificing what makes Saugeen Shores a special and beloved destination, whether for tourists or for those who want to make our town their forever home,” said Grace.

Grace also expressed concern over references to “Carney Lane retail outlets” and a reference to the carnival atmosphere in an architectural brief submitted by the developer.

She said the brief indicates that the vision presented by the group of community representatives should ideally “express the freedom and hedonistic temptations of carnival, as well as the stability and organizational structure of seaside Georgian Revival architecture.”

“I believe the majority of residents don’t want a carnival beach-side atmosphere like the references in the report to the Santa Monica Pier and locations in Florida, Grand Bend or Sauble Beach,” said Grace, adding that she hoped the developers would “submit a different design that reflects what citizens have been asking for from the start.

Deputy Vice Mayor Mike Myatt said he lost sleep over the development and he urges homeowners who will lose their view of the lake. He added that it would take a long time to mend a divided community, but the development would clean up the “eye sore” of Port Elgin’s waterfront.

“It was a heartbreaking decision…I think once this is built we will have quite a successful development on our beachfront…” Myatt said.

Mayor Luke Charbonneau recognized the difficulty of defining the aesthetics of a private project on the public domain, because to some extent it is a matter of taste and public consultation.

Charbonneau noted the evolution of the design since it was first presented in 2019, calling it “radically” different from the bricks of the first design to an intermediate design and now the third major iteration to try to integrate the vision.

“I’m happy with the design. I know this will satisfy some and not satisfy others, but I’m confident it’s being done for good reason and solid justification and I’m absolutely confident it will be a nice set up on the main beach that will provide in the end the amenities that I’ve been hearing for so long that people want to see at the main beach…” said Charbonneau.

Staff said the City is responsible for providing parking outside areas leased to CCV, work that will be done in 2022-23. As the site will be a destination of choice, the City wants quality landscaping.

Pausner said CCV will pay a $150,000 “taxation” or contribution to the city to help pay for some of the future landscaping, pedestrian connectivity and active transportation on adjacent city lands.

The councilors voted 6 to 2 in favor of the works and site servicing agreement.
With advice. Grace, counselor. Matt Carr voted against approval. He had not responded to a request for comment within the time limits.