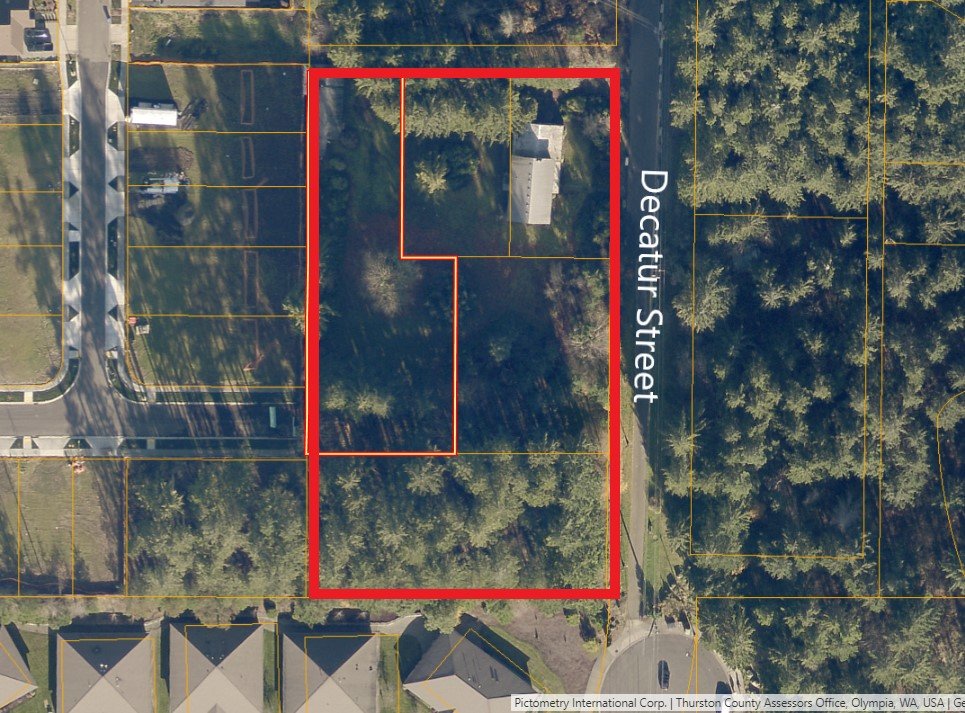 Olympia’s site plan committee is considering two requests for development projects – one is to use the existing building and the other is a proposal to subdivide 1.4 acres into nine lots with eight single-family homes.

In a meeting on Wednesday May 11, LDC Principal Engineer Ross Jarvis provided a brief overview of the client’s proposal for a building at 720 Lilly Road, SE, Olympia.

He said the Montessori school uses one of the buildings; the other is a bank.

As indicated in the narrative description submitted to the site committee, the Montessori building would remain on its land.

The developer plans to split the second building in two and use it as a dental clinic and office space.

The drive-thru that is on the east side of the building will be removed and a new exit door installed.

No additional buildings will be established, Jarvis added.

“Some of the parking requirements may depend on whether or not you meet a threshold of 50% of the package’s rateable value,” Schaufler said when explaining why he had to request their plan with drive-thru.

“If you have a project that meets this threshold, you will have additional requirements for parking islands that must be installed on site,” Schaufler added.

He also recommended referring to the building’s binding 1997 site plan. “It shows the proposed building for the school and the bank. We need to see an actual outline.

At the same meeting, the Site Plan Committee heard a proposal from JSA Civil on behalf of a client who seeks to subdivide 1.4 acres into nine lots and construct eight single-family home parcels at the south end of Decatur St. at about 18and Avenue SW, just northwest of the offices next to the Auto Mall west of Olympia.

The project also proposed a new connection between the sidewalk and the pedestrian path on Decatur Street to provide expanded pedestrian amenities for residents of the project and adjacent neighborhood.