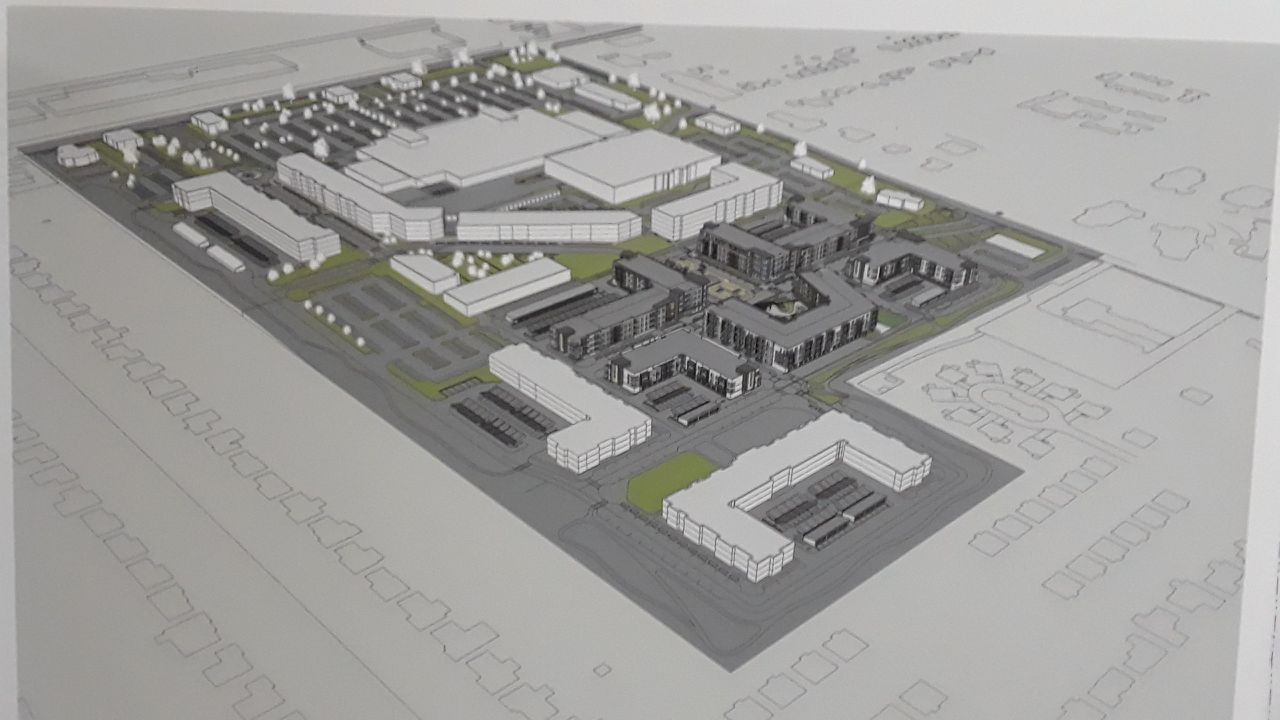 The plan will now be passed for a full council vote next week.

The site plan, which received Planning Commission approval the night before, includes two big changes from the architects of the second phase plan Bialosky Cleveland, working for the California developer. DealPoint Merrill, showed the board last fall.

First, the design was drastically altered to accommodate a company that would become the largest in the $ 200 million development – Meijer, a chain of Midwestern super centers that sells food, fashion, electronics and more.

A stand-alone Meijer building will be constructed just south of the current Life Storage (formerly Macy’s) building, measuring 159,000 square feet, along with a garden center that can be outdoors or indoors.

The second change is the one that eliminates Regal Cinema from Belle Oaks. Regal, which had been part of the old Richmond Town Square for years, was originally to be kept as an entertainment option at Belle Oaks, a mixed-use development that will include shops and 798 luxury apartments, as well as amenities such as as a park, outdoor swimming pool, underground and above ground parking, and more.

The Regal Cinema building, like the rest of the mall, will be demolished, likely in the first quarter of 2022.

In order to make way for the Meijer Building – which will include a large car park alongside the project which faces Wilson Mills Road – last year’s plan of a street cutting through the center of the development and heading towards Wilson Mills Road was amended.

The street, lined with apartment buildings, will now curve east around the Meijer Building before emptying into the eastern end of the development on Wilson Mills Road. Meijer will have its own separate entrance to Wilson Mills.

The council’s amended plans seen on Tuesday were for the second phase of the project. The Council approved the plans for the first phase last year. On Tuesday, the council committee approved the entire package, consisting of the two phases.

In total, the project will include 24 acres of green space, which represents 35% of the 1.7 million square foot development area. Eight multi-family / commercial buildings will be constructed in the second phase. Other exterior buildings along Richmond Roads and Wilson Mills Roads remain options. The first phase will include five new buildings.

“This is a big hurdle to overcome and there is one more to come: a development deal,” said Ward 4 Councilor Mark Alexander, who chairs the Planning and Zoning Committee.

Besides a development agreement, in which taxes are distributed among the different parties involved, the city’s building commissioner Jim Urankar said developers must also submit lighting plans for council approval, separate landscaping and signage.

In addition, city council must approve every building constructed in Belle Oaks.

Alexander noted that the Meijer building planned for Belle Oaks will be different from those that currently exist, such as the store of Mentor at 9200 Mentor Ave.

“It’s a little different from the stores in Mentor, Avon – the stores that are in that area – where they’re really trying to break down the mass of their buildings, trying to implement different materials, adding glass components. , ”Said Brian Meng, associate director of Bialosky Cleveland.

“This is the prototype they are thinking of here as a reference. “

As part of the approved plan, the mall’s Firestone Complete Auto Care will be relocated to the area along Richmond Road just north of Walgreen’s.

When asked if Planet Fitness – still open at the mall site – would be part of Belle Oaks Marketplace, Meng said, “At the moment there really aren’t any tenants listed outside of Meijer, for phase 2. It could very well be moved indoors, but that’s under negotiation.

To see the sitemap as it was a year ago, visit the website Belle Oaks Marketplace website home page.

Read more of the Messenger of the Sun.