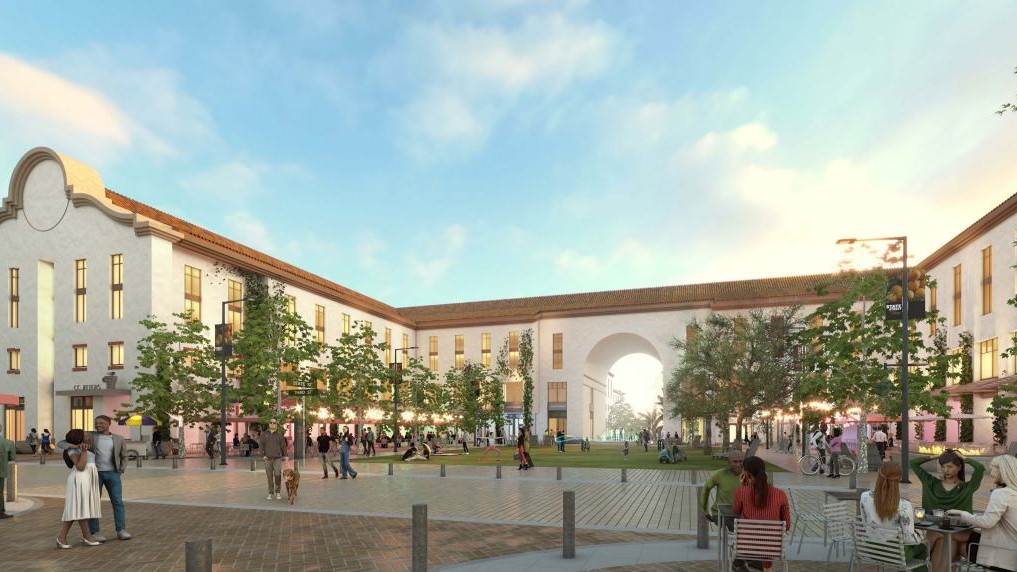 The vision for the mixed-use redevelopment of the Redlands Shopping Center site is becoming clearer, with developers now reducing some proposed building heights.

In a presentation to the Redlands Planning Commission on Tuesday, October 12, developer Village Partners Ventures LLC, shared plans for approximately 700 housing units with all previously offered fifth floor items removed, except for the restaurant on the roof.

Preliminary plans presented to the commission in April and city council in May called for up to 722 housing units and four-story buildings on average, although some parts have grown to five stories, mostly around a public square.

Kaitlin Morris, the builder’s development manager, told commissioners on Tuesday that after conversations with the community, “there is no particularly clear consensus regarding the elements of the fifth floor.”

In response, she added, “we wanted to be respectful and listen to this concern.”

The new plans call for the construction of five buildings, including a 7,500 square foot private amenity building with a swimming pool. In addition, the developers offer:

• 71,500 square feet of commercial floor for retail businesses and restaurants

• a public square of half an acre

• an above-ground parking structure on five levels with 686 spaces surrounded by offices, shops and apartments

• two underground car parks with a total of 494 spaces

One of the structures would be a 14,500 square foot building at the southeast corner of East Citrus Avenue and Eureka Street for the CVS Pharmacy, which will need to be relocated from its current space to the mall.

For reference, a flag pole at the corner of Vine and Cajon streets, the Redlands Liberty Pole, is 120 feet tall, according to the plaque at its base.

John Ellis, one of the architects on the project, told commissioners the plans were inspired by the city’s past and present.

“The architectural journey through this project has been very focused on the history of Redlands and respecting the tradition of most commercial buildings as well as municipal buildings,” he said, highlighting the inspiration found in the Fox Theater, AK Smiley Public Library, Brookside Post Office, Academy of Music building, and the smaller blocks that had been divided by Third and State Streets before the mall was built.

Landmarks welcoming people to the site would include tower elements, such as Third Street and Redlands Boulevard which has large balconies, and an Ellis called the “Lantern Building” on Eureka Street with a multi-story window.

Commission President Conrad Guzkowski questioned the need for large balconies, adding “they are prominent to say the least”.

Guzkowski also said the public square needs more grandeur, like a large water feature, and the CVS building needs more design work on the sides not facing the street.

Guzkowski said he was more than impressed with the team and the project, although they still have a few details to work on.

“It’s a remarkable compilation of work,” he said.

Preliminary plans were shared in the spring when the developer requested the voter support exemption. U measurement development rules.

The two-decade-old Slow Growth Initiative imposes restrictions on development, including fees to mitigate impacts on infrastructure and services; prohibit the increase in admissible residential densities; and demand projects to make sure they don’t increase traffic.

The proponent requested that the transit-focused shopping center project be removed from the measure under an exemption for “development directly related to proposed Metrolink stations in the City of Redlands.”

The council granted this request in May.

The next step for the project is to go through the environmental review process, which will likely go to public review in November. The project could then return to the committee in December before moving on to the board for final approvals.