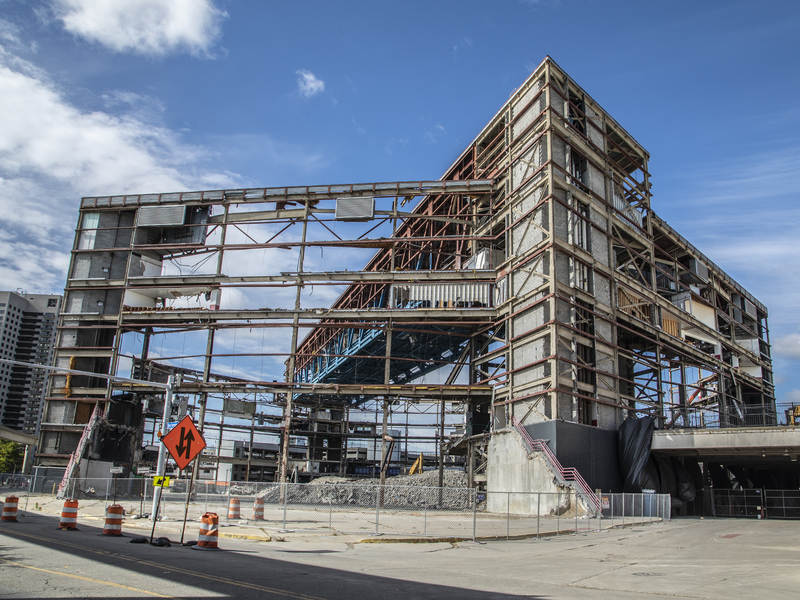 The US Department of Housing and Urban Development contradicts developer Emmett Moten Jr.’s claim last week that the department is demanding the demolition of the United Artists Theater, attached to the United Artists Building, for the $ 56 million redevelopment of the 18 floors. tower overlooking the Grand Circus park.

“We’ve been looking for ways to use it, and you can’t use it for anything,” Moten told the Detroit City Council’s Standing Committee on Planning and Economic Development Thursday. “They won’t shut down this project unless the building collapses.”

Marta Jauniza, Chicago Public Affairs Specialist for the HUD, sent me the same statement she sent to The News: “The HUD did not impose a condition requiring the theater to be demolished. The borrower’s proposal was to demolish the theater.

A loan for the project would be provided through HUD’s 221 (d) (4) program, which provides a 40-year multi-family construction loan that requires departmental assessment of market, demand and other issues.

However, it may be a question of speaking of generalities.

John Graves, one of Moten’s Bagley Development Group LLC investors, said Gershman Mortgage, which is expected to provide around $ 34.5 million in senior debt for the project tentatively scheduled for 2021, believes it will not demolish the theater would put it in jeopardy financially.

He provided a letter from Adam Hendin, vice president of Gershman’s office in Clayton, Missouri, outlining the mortgage company’s position. Hendin confirmed on Tuesday morning that he wrote the October 2 letter to Moten.

The letter states that the theater is removing possible parking spaces for residents, making “the project less attractive and less marketable to potential tenants”, and that “the theater building is dilapidated and not an attractive building to live in. to the side”.

Further, the letter states: “If the theater building is renovated and becomes operational again, Gershman is concerned that this adjoining commercial and public use will disrupt residential tenants and therefore make the project less attractive and less marketable as a running business. .

The letter says that “the development has been presented to Gershman and the HUD in such a way that the adjoining theater is demolished.”

“As part of the demolition approval by Gershman and HUD, we will need the appropriate approvals from the State Historic Preservation Office (SHPO),” the letter said. “It was recently brought to Gershman’s attention that there are plans not to demolish the theater. Not demolishing the theater is a significant change from the funding request that has been submitted and approved to date, and this change will put 221 (d) (4) funding at risk. ”

Detroit City Council’s Standing Committee on Planning and Economic Development last week recommended approval to establish an obsolete property rehabilitation district and property tax allowances totaling $ 2.43 million. in dollars – about $ 175,000 for the OPRA and $ 2.25 million for the NEZ, according to Tracey Lynn Pearson, deputy director of media relations to Mayor Mike Duggan.