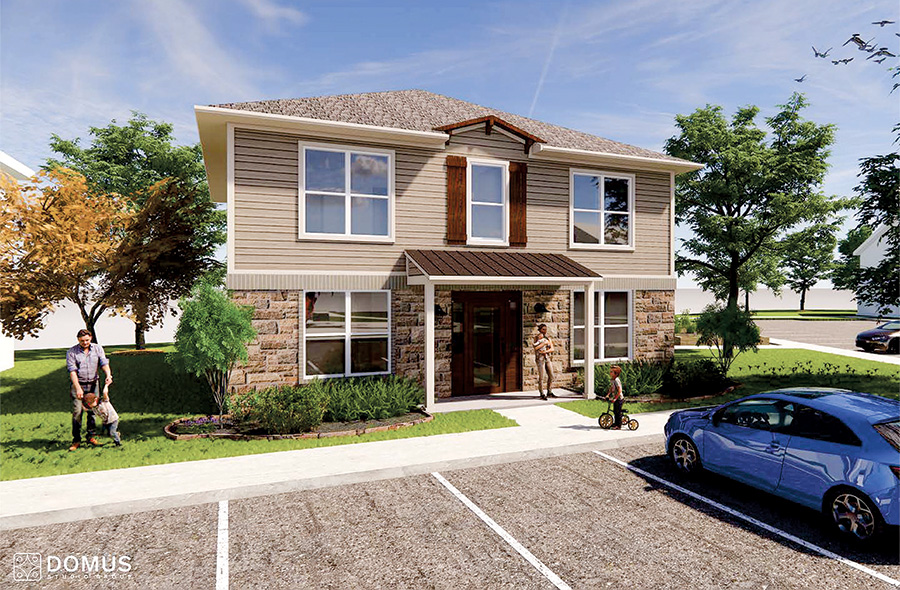 The property is zoned within the planned Woodbridge Crossing development and will include drive-through permitted under the zoning that was in place at the time the development was approved.

Black Rifle Coffee, a growing high-end coffee company founded in 2014 by former US Army Green Beret Evan Hafer, is expected to be one of the building’s tenants. Four spaces will be included in the final construction.

The site plan is located at 3040 W. FM 544, along the northern part of Woodbridge Crossing and access to the building will be both from FM 544 and from additional drives connecting the property to the ‘is.

P&Z has also approved a site plan for Jericho Village, located at 511 W. Brown at the corner of N. Winding Oak Drive.

The 2,472 acre development will contain 10 buildings, totaling 32,880 square feet and will allow for multi-family use and include a 2,541 square foot community center.

The project is expected to have 38 income-adjusted apartments ranging from studios to three-bedrooms in an urban village that will include a garden, playground and outdoor gathering area.

The development, owned by Agape Resource and Assistance Center, will be accessible from West Brown and North Winding Oaks Drive.

Janet Collinsworth, founder and executive director of Plano-based Agape, said the development was not funded by the government. It will be built using grants from foundations and private equity funds.

Both site plans will be sent to Wylie Town Council for final approval.