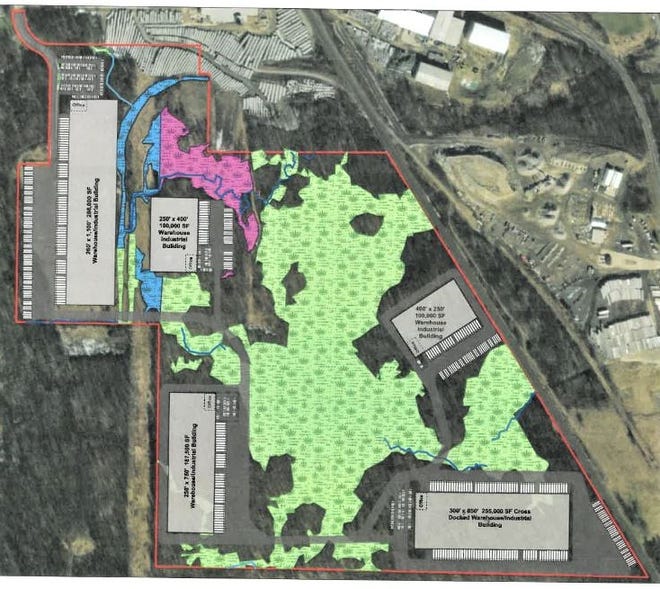 MACEDONIA – A preliminary site plan for the first of a handful building to be built on 125 acres on Empire Parkway, which includes land where Bedford Anodizing once stood, was approved by the city’s planning commission on 16 may.

At its March 21 meeting, the planning committee approved the clearing of the site. Clark said the trees were felled but not removed. He noted that the specification building would house two as yet unknown tenants.

City planner Brian Frantz said a waiver from the zoning appeals board would be required regarding the number of parking spaces, and the building’s proposed 40-foot height meets zoning code requirements.

Stormwater management ponds are planned on the west and northeast sides, and Clark said the developer will add landscaping. “We look forward to working with the city on a successful project that brings economic development,” he noted.

Frantz said photometry and detailed landscaping plans must be submitted prior to final site plan approval, and approvals from the Ohio EPA and/or the U.S. Army Corps of Engineers are required for areas. wetlands and impacts on watercourses.

The city benefited from nearly $1.5 million through a cooperative effort between the city, the Summit County Land Bank, the county tax office, and state and federal regulatory agencies to redevelop the property.

The city acquired the property in October 2019. It was state-owned under forfeited land status and was included in the U.S. Environmental Protection Agency’s Resource Conservation and Recovery Act closure process.

The plant carried out metal finishing work and ceased operations in June 2013.

The panel approved a final site plan for a new Don Basch Jewelers store on Fairway Drive, construction of a pavilion and gazebo at Specialty Lubricants on Corporate Park Drive, and signage for IHOP at 613 E. Aurora Road.

The 6,500 square foot building will be erected on the west side of the lot, with the entrance and parking lot on the east side. It will include spaces for merchandise, repairs and offices, as well as a community hall and kitchen.

A flagpole is planned near the building entrance, with trees, evergreens and shrubs as landscaping around the property.

A mound on the north side of the parking lot was eliminated from the plans, the height of a tower at the entrance to the building was reduced to 32 feet, and Frantz said additional landscaping is recommended along Route 8 and north of the parking lot.

A usage gap and a handful of setback/forward width gaps were granted by the BZA.

The specialty lubricants pavilion will measure 30 feet by 26 feet and 10 feet in height and will be erected in front of the building adjacent to the parking lot.