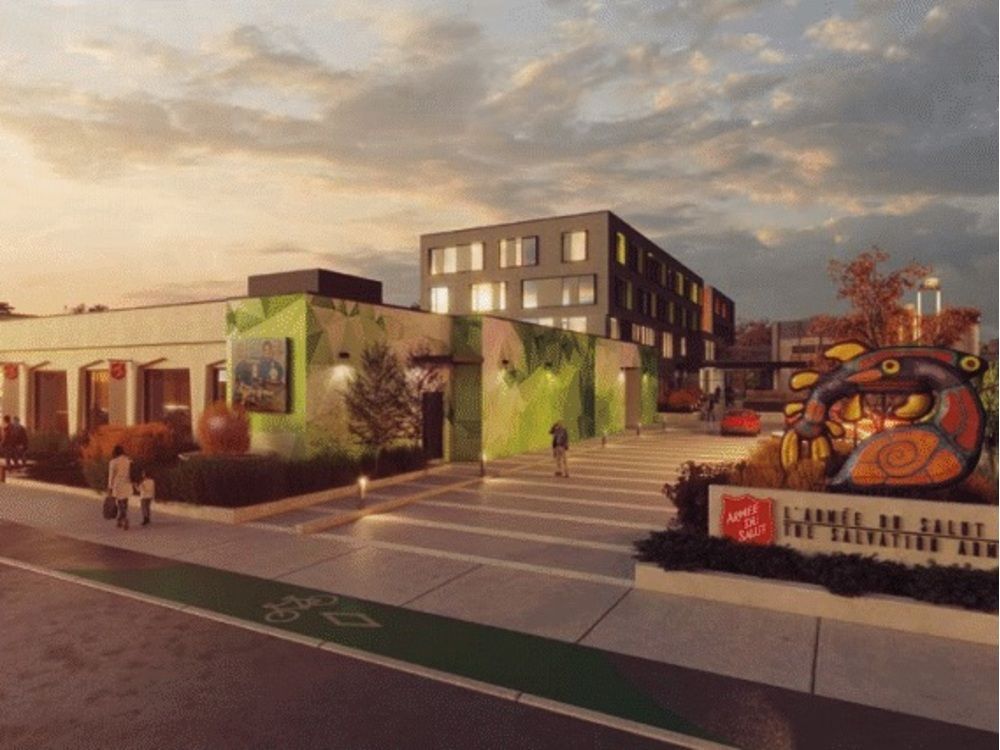 A five-year struggle over the Salvation Army’s plan to build a large shelter on Montreal Road continued Friday at a special planning committee meeting.

Most of the committee voted to approve the site plan for the 211-bed facility, giving the last political approval the Salvation Army needed before it could put shovels in the ground.

They were under considerable pressure not to do so. Community leaders in Vanier on Friday reiterated their objections to the development itself and its potential impacts on the area and described recent consultation efforts as dishonest and unproductive.

“I can assure you at this time that Vanier and its community do not need a shelter,” said Michel Gervais, outgoing executive director of the Vanier Community Service Center. “(It is) healthy, clean, permanent affordable housing that is urgently needed for this community and across Ottawa.

However, what was up for debate on Friday was not whether shelter should be allowed at the site. This battle has already been decided, and the site plan control process, planning committee staff and management pointed out, is supposed to address development elements such as landscaping, building location and parking lot layout.

Council granted the Salvation Army the zoning and official plan amendments it needed for its vision for 333 Montreal Road. more than four years ago, and these were upheld in 2020 by the provincial court that hears land use planning appeals.

Staff recommended approval of the site plan and described the proposal in a report to the committee as “well designed in consultation with staff” and with “safety and security in mind”.

A presentation from the Salvation Army project team outlined how its plan for the low-rise H-shaped complex evolved, including replacing an addictions program with housing with support services and reduction of building height and footprint. The design principles shaping the development learned from the “obvious flaws” of the existing Salvation Army George Street Shelter, they noted.

According to Ottawa Inner City Health Executive Director Wendy Muckle, the only public delegate to approve the site plan, customers and staff at local shelters have consistently responded very positively to the design plans. A regular observation, she said, was that it didn’t look like an institution and looked more like a fancy apartment building or a college campus.

“Of all the voices you’re going to listen to today…the voices of the people who actually need to access and use the facility should perhaps be the most important,” Muckle said.

She noted that her organization intended to provide services in a “special care unit” planned for the site and had a say in its design, as did the homeless clients they served.

This is an exception to the disregard that a number of community organizations and service providers the committee speaks to said they encountered when attempting to participate in the project. They shared particular frustration about their experience with a council-created advisory committee on the site plan and future programming, which involved Salvation Army staff and team.

Marc Maracle, CEO of the Gignul Non-Profit Housing Corporation and representative of the Ottawa Native Coalition, described the committee process as “deeply disillusioning” and said it was “tactically and strategically focused on examining of the sitemap, and any conversation about programming was wrongly avoided.

Maracle predicted that the project would have a disproportionate impact on the large indigenous population in the area and said the Salvation Army had yet to provide an adequate response to this impact, particularly with regard to the safety of the workers. Indigenous women, girls, seniors and children.

Future clients using drugs and alcohol in the surrounding community, in the absence of a space to do so locally, was a concern for Lauren Touchant of the Vanier Community Association. Council Housing and Homelessness Liaison Officer, Coun. Catherine McKenney, opposed the exchange of on-site supportive housing units. “No one should live in a shelter or be attached to a shelter,” McKenney said.

Gervais spoke about concerns about the duplication of services already available locally and the potential for this to impact government funding for existing community service providers.

“But the services they offer and what is actually needed are different, and they refuse to hear that; so that’s where the animosity comes from.

Marco Manconi of ND Management told the committee that The Salvation Army is “100% absolutely committed to detailed engagement with all of the stakeholders you’ve heard from today, and others,” and said acknowledged that “we have absolutely not been perfect, by no means stretched, but we have made attempts based on getting this sitemap approval process.”

There is a desire to eventually move all beds in the complex to supportive housing, The Salvation Army’s Glenn van Gulik told the committee. Other residential uses currently planned for the facility – 99 emergency accommodation beds, plus a self-contained transitional residence and a special care medical unit – make up the bulk of its bed count.

“It’s a facility that our city needs. I think we all wish that wasn’t the case. Maybe one day it won’t. But this is now,” Gower said in his closing remarks to committee colleagues.

Regional Councilor Mathieu Fleury, a longtime opponent of the Salvation Army proposal, won the support of the planning committee and staff for a number of additional site plan conditions, such as a separate sidewalk at the front of the property, securing several access points to the site and directions on the use of security cameras.

At the end of the meeting, Fleury vowed to continue fighting the project. He pointed out that Ottawa-Vanier MP and Cabinet Minister Mona Fortier and newly re-elected MLA Lucille Collard opposed it and that provincial and federal funding should be sought for the project.

Sign up to receive daily news from Ottawa Citizen, a division of Postmedia Network Inc.

Thank you for your registration!

A welcome email is on its way. If you don’t see it, please check your spam folder.

The next issue of Ottawa Citizen Headline News will soon be in your inbox.

We encountered a problem during your registration. Try Again