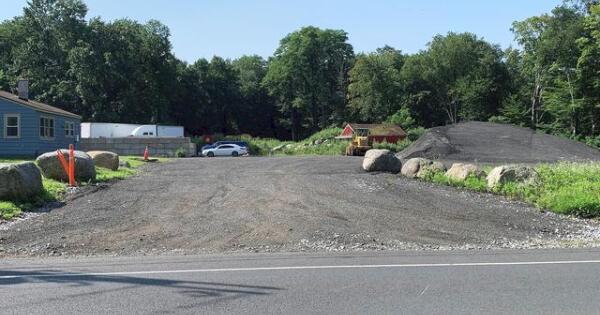 The Planning and Zoning Commission approved an amendment to its approval of a site plan at 135-139 Mt Pleasant Road by Paul Hilario at its meeting on Thursday, August 19.

Land Use Director George Benson said The Newtown Bee on August 24 the revisions changed some of the language to clarify the approval requirements. The revisions came after Hilario appealed for approval because he “didn’t like some of the terms.”

“The revisions give us more clarity on what [Hilario] can store it on the property and where it can store it, ”Benson said. “The rest of the approval remains as is.”

The initial approval was for three buildings, to be constructed in phases, that would be used to store vehicles, including tow vehicles and vehicles in need of repair, for Hilario’s Service Center, Inc. According to the company’s Facebook page. company, it is a car and truck repair facility specializing in heavy vehicle salvage, machinery transportation and towing services.

The property where the three buildings are under construction is adjacent to the Service Center property at 131 Mt Pleasant Road and behind the property that houses Thai Delight at 133 Mt Pleasant Road. The site plan provides for 21 parking spaces for cars, 40 sites for semi-trailers and two sites for trailers.

According to Hilario, the plan is for the towing company to move to the new property and the gas station site to be sold to a new owner and reopened.

“We’re a bit cramped at the gas station,” Hilario said. “It’s going to be a lot better. “

Benson said that with an appeal, the commission tries to resolve issues with the claimant before the appeal reaches court. Benson said it was easier to sort things out in this case because it was about amending an approval rather than rescinding a denial.

“Nobody wins in court,” Benson said. “No one ends up happy.”

Benson said the main concern of the commission was what could be seen from Mt Pleasant Road; the commission did not want broken down vehicles parked near the road. The changes create a “better parking app” and more landscaping to control the parking of vehicles.

The changes to the initial approval of December 3, 2020 are as follows:

The condition which reads: “Removal of all unregistered vehicles and non-fleet vehicles from properties prior to the issuance of any building permits” is deleted.

The condition which reads as follows: “No outdoor parking for more than three vehicles in the fleet” is deleted.

The following condition is added as a new condition: The area occupied by the proposed front building must be stabilized with grass and cannot be used for parking vehicles until construction begins on this building. “

Benson said that since the proposed front building was not built in the first phase of the project, the commission did not want cars parked in this area, so they requested that this area be grassed and not used for parking.

The original request, a special exemption and site development plan, was to allow the construction of buildings to store trucks and equipment and to carry out repairs.

The motion for initial approval in December 2020 stated that it “is hereby found to be in accordance with the Conservation and Development Plan and the Global Plan, and must be approved with the following conditions: removal of all storage containers on all properties offered unless permission are acquired; interior washing bays must be reserved for vehicles in the vehicle fleet; outdoor storage of vehicles not belonging to the fleet is prohibited; removal of all unregistered vehicles and non-fleet vehicles from properties prior to the issuance of any building permits; removal of all unauthorized lighting and signage on properties prior to the issuance of any building permits; no storage of vehicles or parking of vehicles outside designated marked spaces; no site work can take place without a building permit issued; no outdoor parking for more than three fleet vehicles.

At the December 2020 meeting, P&Z member Dennis Bloom asked what the building’s construction schedule would be ahead of.

Hilario replied, “Honestly, I don’t know. I want to build this center, catch my breath… If I had the money now, I would do both. I just don’t want to get ahead of the current economic climate.

When asked if the front building would be the second building to be built after the one in the center, Hilario replied that he couldn’t answer yes or no. He said he would strongly consider this an option and look at the costs.

Journalist Jim Taylor can be reached at [email protected]

A view from the driveway to 139 Mt Pleasant Road.