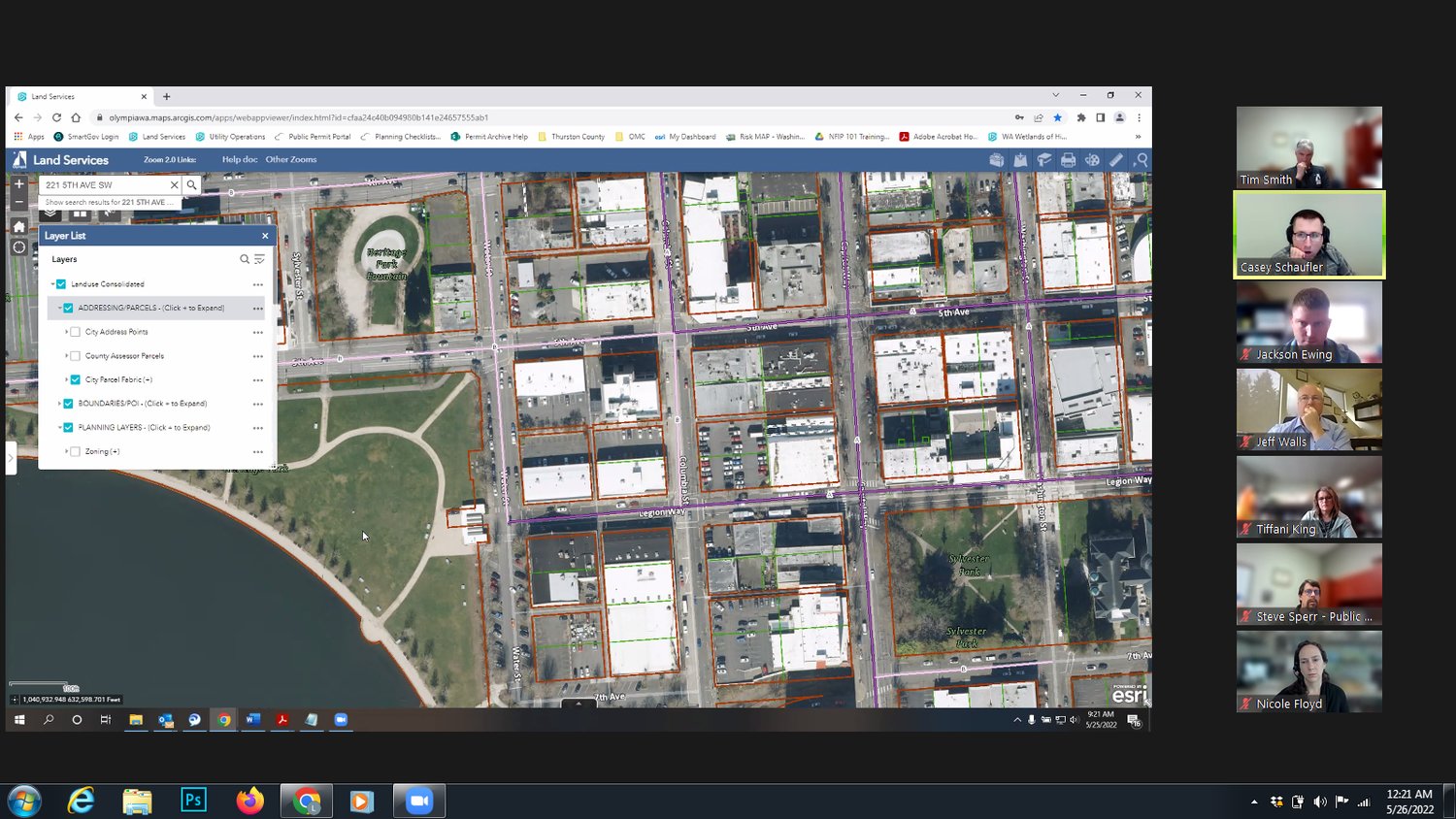 Architect Jeff Walls of Studio 19 Architects said the new construction will include six-story apartments, a lobby and amenities.

He added that the project would include 130 apartments and 160 parking spaces in the garage. The units will consist of studios, one-bedroom and two-bedroom apartments. The total project area will be 158,745 square feet. The building above is proposed in a C-shape with a central courtyard facing Water Street.

Walls said one of his goals was to achieve a one-to-one parking ratio and wanted to achieve the city’s if that aspect of his plan met code requirements.

Olympia planner Casey Schaufler reminded the applicant that the surrounding streets of 5th Avenue, Columbia and Water are all pedestrian only and that Olympia’s design review standards require these streets to be suitable for pedestrians.

“The parking structure is not necessarily prohibited, but it does not meet the intent and purpose of these streets,” he said.

“For more usable by pedestrians, you can’t have residential units on the ground floor. That would indicate more for commercial space,” Schaufler added.

Walls described what a 30-unit condominium would look like with ground floor parking for residents.

Olympia’s associate planner Jackson Ewing said the site could be determined to be in an “urban waterfront” area. “The fact that it’s downtown, it would have to go through the standard land use review process,” Ewing said.

Ewing also pointed out that if any part of the project site is within shoreline jurisdiction, it would trigger another review under the Shoreline Master Program and require a Substantial Shoreline Development Permit. “The waterfront jurisdiction would have a height limit of 35 feet instead of 65 as permitted by the zoning code.”

Olympia Historic Preservation Manager Marygrace Goddu told the developer that the site of both projects has a long history, noting that Native Americans were active along the coastline before the 1900s.

The Sanborn 1920-1945 map also indicated building improvements at these locations.

Goddu suggested that early consultation with interested Native American tribes would be essential for any proposed development at this site.

“Given the proximity to known and documented archaeological and historical resources and the high risk of disturbance to underground cultural resources, contact with the tribes is highly recommended,” Goddu said.

“The critical line that drives all of this to bring your project into this code is that the protection of cultural resources will be given substantial weight in decisions on land use approval and subsequent issuance of permits,” said she added.