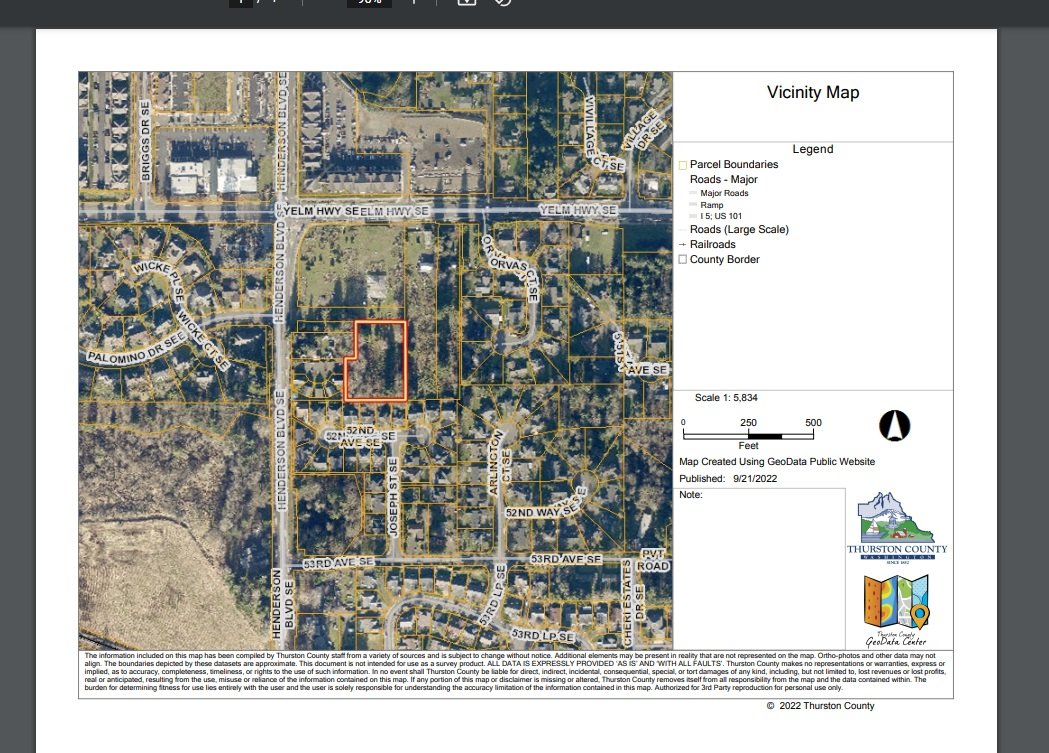 Joseph Rydman, the architect of the BGI Apartment project, said the plan was to build a 36-unit garden apartment. The site is adjacent to the village of Briggs.

Chris Carlson of Hatton-Godat-Pantier said he has issues on the property side of the line to the south and west, which falls under Tumwater’s jurisdiction. He noted that this is a low density residential area.

“How does Olympia approach this when it’s not in their jurisdiction?” asked Carlson.

Olympia planner Casey Schaufler confirmed that the property and the north and east sides are within the Professional Office/Multi-Family Residential (PO/RM) zone, which requires a minimum setback of 10 feet.

For multi-family residential buildings, Schaufler cited Municipal Code Olympia 18.170, which requires usable open space that has “a minimum dimension of 10 feet with an overall rating of less than 10 percent.” It also requires a mix of passive and active recreation areas.

Schaufler said active recreation areas could include facilities such as sports fields or swimming pools.

As for parking, he specifies that the site is eligible for an administrative reduction of 10%, which would bring the promoter’s parking plan to a minimum of 49 parking spaces.

According to Zulaika Kim, reviewer of the engineering plans, the water will be supplied to the plot built in the north by the Village Cooperative project. “Any additional extensions required are only as will be necessary for domestic and fire extinguishing needs.”

For solid waste, Kim said developers are required to provide a plan for front-end garbage collection and then side-entry collection for recycling carts.

Kim said she would provide information on minimum enclosure sizes and widths and links to Olympia’s Engineering Design and Development Standards (EDDS), which has the truck’s specifications for developing rotational motions.

For transportation, Kim said new driveway access with pedestrian ramps was needed in the project proposal.

Kim said she would follow up with the village cooperative regarding the facade improvements.