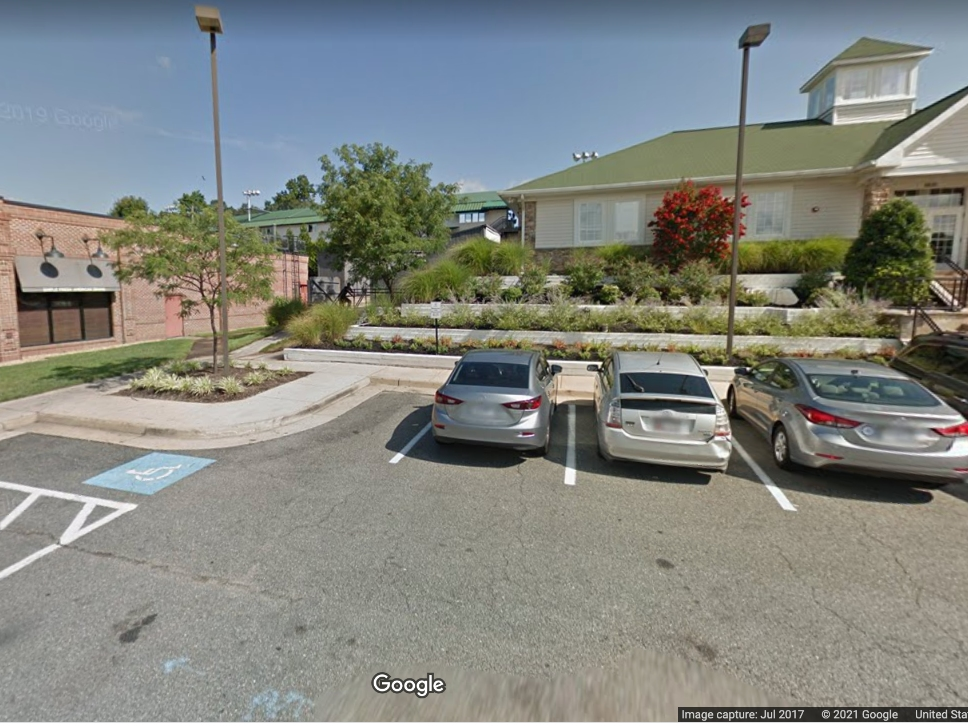 KINGSTOWNE, VA – Now that Kingstowne Topgolf and adjacent Ruby Tuesday are closed, planning for the site’s future is underway. The Fairfax County Planning Commission will consider a comprehensive plan amendment after a revised residential plan has been proposed.

Several development concepts have been presented since 2016 for the site, located on South Van Dorn Street opposite the Kingstowne Towne Center. The site previously hosted the first US Topgolf site as well as a Ruby Tuesday, both closed. In 2015, the Board of Supervisors authorized the review of a plan amendment with residential uses of up to approximately 275 residential units and 20,000 square feet of retail.

The last concept proposed in April 2021 targets residential use but no longer offers commercial uses. The plan includes 164 townhouses and 44 stacked townhouses with a density of approximately 12 housing units per acre with affordable housing premiums. This is triple the current density forecast in the overall plan, 3 to 4 housing units per acre. The plan would fully consolidate the two plots of land that hosted Topgolf and Ruby Tuesday.

The latest proposal changes course from the previous proposals, which had residential and commercial uses. The first development proposal in 2016 called for 49 townhouses, a 137,000-square-foot multi-family building, and 70,000 square feet of retail. However, community and county staff were concerned about the viability of the retail business so close to central Kingstowne Towne, as well as compatibility with the surrounding community, traffic issues and stormwater management. Another obstacle was the separate ownership of Topgolf and Ruby Tuesday, and a consolidation agreement could not be reached at that time.

The previous proposal in 2019 called for 70 townhouses, 142 back-to-back townhouses, and 20,000 square feet of retail space designed as a food hall. The proposed density was a density of 12.47 housing units per acre, including affordable housing premiums. However, concerns regarding impacts on traffic, compatibility and stormwater management remained.

The action of the Planning Commission focuses on recommending a comprehensive plan for these plots of land. A rezoning request and final layout plan are under review by the county based on the new April 2021 proposal.

If the full plan recommendation changes from the current density of 3-4 units per acre, the townhouse development concept presented in April 2021 can be considered. The revised plan amendment would allow 10 housing units per acre plus affordable housing density bonuses under several conditions. The recommended plan change states that the density “may be appropriate if the development creates a high quality, pedestrian-friendly living environment with a distinct sense of place. “

The other conditions for modifying the revised plan would be as follows:

The town planning commission will hold a public hearing on Wednesday July 14 at 7:30 p.m. The public hearing of the supervisory board should take place on Tuesday September 14 at 4 p.m.