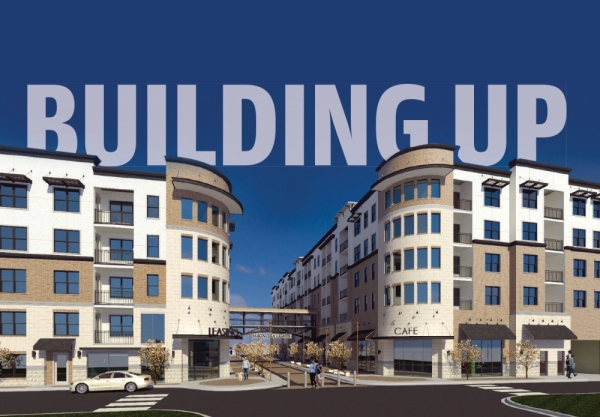 Magnolia Lights — the first multi-family, mixed-use development in the town of Magnolia — has undergone a major overhaul since its initial design released in July 2019, said Pauline Thude-Speckman, president of Meridian Investment Realty and developer of the project. The new design better suits the Magnolia area, taking on an “older town feel,” she said. (Courtesy of Meridian Investment Realty)

After several construction, weather and design delays, Magnolia Lights — the first mixed-use development planned for the town of Magnolia — will begin this spring, said Pauline Thude-Speckman, president of Meridian Investment Realty and developer of the project.

The five-story development – which is proposed for 2 acres between Goodson Road and LaRue, Gayle and Commerce streets – was due to start in fall 2019, Community Impact Journal Previously reported. Thude-Speckman said the initial design was “too contemporary” for its location in the heart of the city, so the groundbreaking delay stemmed from the project redesign and construction and weather issues.

“We changed it to fit Magnolia,” Thude-Speckman said. “If we had pushed [Magnolia Lights] to innovate in November or December [2019], there were just a lot of things we had to sort out that we weren’t seeing. We had to make sure everything was as we imagined it so we wouldn’t get into the project and then have to stop.

The $20 million high-density development will still include four floors of luxury apartments in two separate buildings, Thude-Speckman said. However, a single building will also house a ground floor of 10 commercial tenants, she said, rather than the two buildings. The list of tenants was not available prior to publication.

With 131 residential units, apartment sizes will range from 524 to 1,112 square feet, rather than the original 600 to 1,150 square feet, Thude-Speckman said. Prices are subject to change but are expected to range from $900 to $1,800 per month, she said, in one- and two-bedroom options with 17 different floor plans.

Magnolia Lights’ facilities still include a swimming pool, conference room, coworking space and fitness center, but the outdoor rooftop gathering space has been replaced with an indoor sky lounge to allow residents to overlook the city, she said.

Plans include covered parking as well as surface parking for shoppers and employees, which is a change from the original plan for two multi-level parking lots, Thude-Speckman said.

“The wait was worth it because I think we have a better product that is more functional,” she said.

However, some residents are concerned about the traffic Magnolia Lights may bring around the FM 1774 and FM 1488 intersection.

“It will only create more traffic in an already very dense traffic[ked] region. I saw the chosen lot, and it’s a very small lot,” said Magnolia Town resident Jennifer Smith. “All this ground up and down [Hwy.] 249, and they choose the smallest piece of land for sale to build an apartment complex and go shopping.

Mayor Todd Kana said in an email that there were evening traffic jams near FM 1488 and FM 1774, but he was unaware of traffic near the proposed Magnolia Lights site.

“If concerns arise, we will certainly take steps to alleviate the problems created by the development,” he said.

Construction is expected to be completed within 15 months, Thude-Speckman said. Apartment floor plans will be posted on the Magnolia Lights website in the spring, allowing potential tenants to reserve a unit and put down a deposit, she said.

“This will appeal to the majority of Magnolia residents who want to work and live in one place without compromising on quality,” Thude-Speckman said.