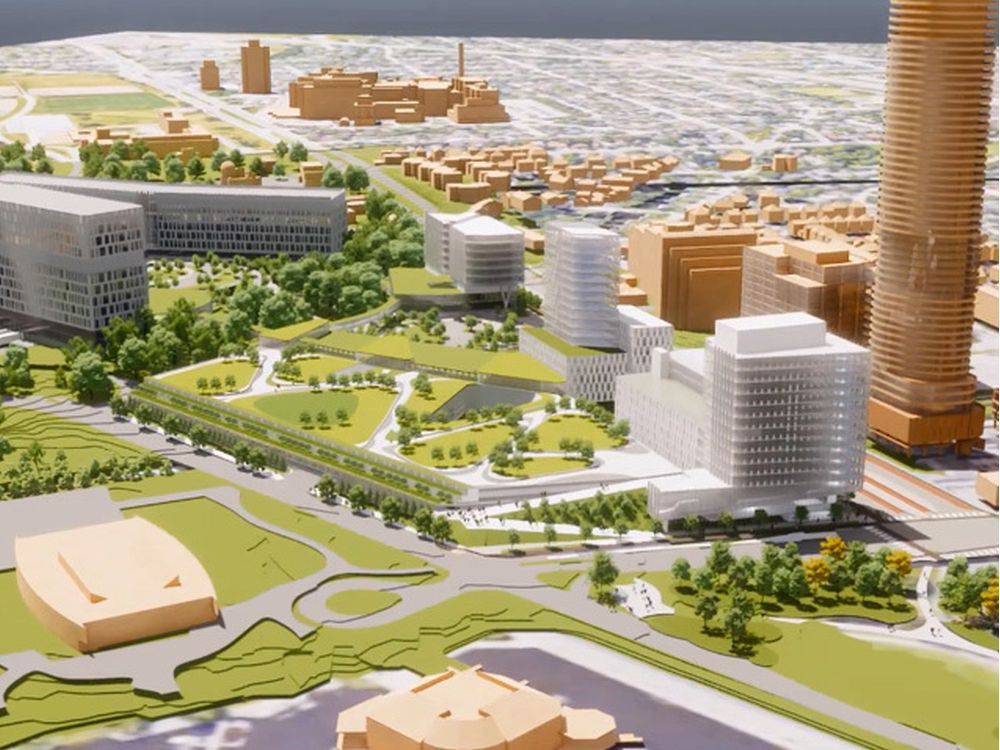 The National Capital Commission on Tuesday gave its blessing to the Ottawa Hospital’s new Civic Campus site plan, but insists the hospital include a “seamless, intuitive and weather-protected” link to the line. from nearby Trillium LRT.

This connection for LRT commuters is one of the major unresolved issues with the $2.8 billion hospital development at the corner of Carling Avenue and Preston Street. The city’s planning committee gave its own approval to the site plan on Monday, but left open the question of the LRT connection.

It will be approximately 400 meters or a five minute walk from the Carling LRT station to the main hospital entrance.

City planners say an underground tunnel or an overhead walkway are “feasible” connections, but the decision on which to build is still two or three years away.

“Strong transit connectivity” was one of the top concerns the NCC heard from the public during its consultations at the hospital site, said NCC CEO Tobi Nussbaum.

“We have identified several areas that will require further work, further elaboration, further discussion with the hospital,” Nussbaum said.

“I think we all recognize that seamless, integrated, weather-protected connections between the hospital and the future transit station are very, very important.”

Any new site design proposal must be submitted to the NCC for approval.

The hospital is slated to open in 2028 and aims to have 35% of its visitors arrive by public transit or active transportation, rising to 65% by its completion in 2048.

“We really want to do everything we can to help the hospital achieve this goal so that the focus on transit integration will be very important in the years to come,” Nussbaum said.

The NCC is also pushing to improve pedestrian and cycle connections to the hospital.

The hospital site plan includes a four-story, 2,400-space parking garage with total on-site parking for 3,099 cars, two more than the minimum required by city zoning rules. The garage will be built with a green roof, complemented by trees and the NCC also wants to ensure that the roof will be well maintained and that public access will never be restricted. It also requires “the minimization of tree felling and extensive replanting” during construction. The loss of trees is another sore point for opponents of the hospital project.

The NCC’s approval sets the stage for a final vote on the site plan at Ottawa City Council on October 13.

(The NCC held its Annual Public Meeting on Monday evening, but a technical issue prevented it from being livestreamed as scheduled. Audio of the meeting can be found on the NCC’s Youtube channel.)

Sign up to receive daily news from Ottawa Citizen, a division of Postmedia Network Inc.

Thank you for your registration!

A welcome email is on the way. If you don’t see it, please check your spam folder.

The next issue of Ottawa Citizen Headline News will soon be in your inbox.

We encountered a problem during your registration. Try Again