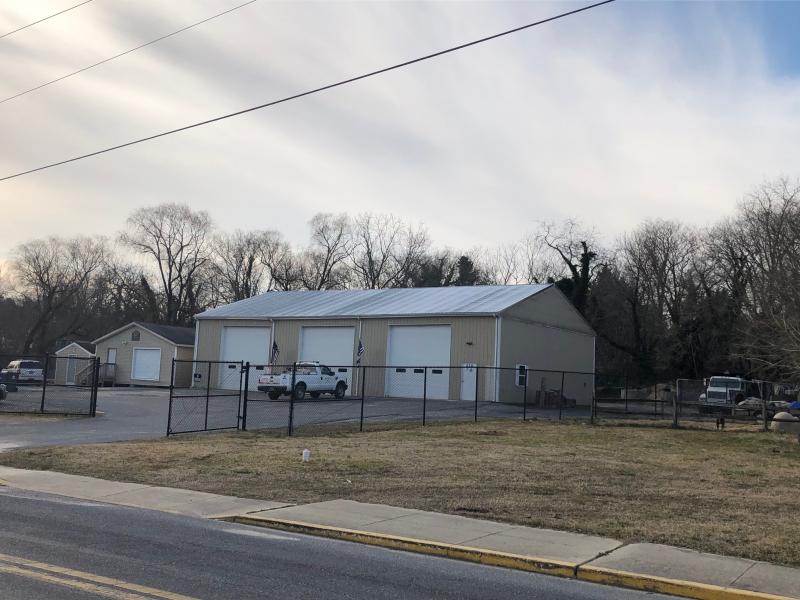 A decision on the appeal of Allen Benson, resident of Milton, will be made at the council meeting at 6:30 p.m., Wednesday, March 23, at the Milton Library.

At a March 9 appeal hearing, Benson made two arguments as to why he believes the planning and zoning commission erred in granting preliminary site plan approval.

First, he said, the planning and zoning did not take into account the negative impacts on neighboring properties when granting approval. Second, the city code states that no new utilities can be built in a flood zone, which is this part of Front Street.

“The issue that has been raised repeatedly is about increased flooding on Front Street by building this cell tower on a 50ft by 50ft platform in a designated flood zone. The basis for this appeal is that planning and zoning, contrary to city code requirements, never really considered the impact on the adjacent neighborhood,” Benson said.

The proposed Verizon Tower has been controversial from the start, primarily due to its location, which would be in the city’s current public works yard at 210 Front St. Verizon said the tower’s location and height will give the Better Cell Phone Coverage for Verizon Customers in Milton. Opponents, however, say the tower would be an eyesore in a part of town that is frequently flooded and is being proposed as a potential gateway to the town in Milton’s overall development plan, particularly after demolition and construction. removal of the current sewage treatment plant once Artesian’s new plant is on the road. 30 is operational.

Because the land is zoned residential R-1, Verizon had to obtain a special use permit from planning and zoning. This permit was granted and the decision was appealed to the city council in August.

In its decision, the council said the overall plan imagines what could be on this site, but also calls for the improvement of infrastructure services, which the tower would provide, and which planners have put in a state stipulating that Tower plans must comply with all state and federal rules and regulations. Council members said at the time that floodplain issues would be addressed through the site plan review process.

Planners approved preliminary site plans in November but attached several conditions that must be met before final approval, including geotechnical analysis of the site in wet and dry conditions, permits from the US Army Corps of Engineers , a construction sequence, no pile-driving allowed, runoff and flood analysis, vibration monitoring, and a promise that Verizon will maintain plantings around the site.

Benson said planners had not considered the effect on streets surrounding the tower, such as Collins and Walnut streets, and whether they would be able to handle the increased traffic the tower would bring. He said planners and city officials had not given due consideration to an alternative to building a tower, such as installing an antenna on an existing water tower.

Presenting on behalf of planning and zoning, city attorney Seth Thompson said the commission considered the health, safety and welfare of the community in making its decision. He said the series of conditions placed on the approval were intended to address the flooding issue and that Verizon indicated that the platform where the tower would be placed is above the floodplain. Thompson said the commission questioned Verizon representative John Tracey at length about the flooding issue around Front Street, demonstrating that those concerns were addressed before the commission granted preliminary site plan approval. Finally, he said Verizon still needs approval from state agencies before final approval of the site plan.

Tracey presented on behalf of Verizon and reiterated that the commission addressed concerns about flooding in its Preliminary Site Plan Approval Terms. He said the commission, by a vote of 6 to 1, found the layout of the site acceptable and asked council to uphold the commission’s approval of the preliminary site plan.

For this appeal hearing, the council had just four members, after three – councilor Randi Meredith and councilors John Collier and Sam Garde – recused themselves. Prior to the hearing, Collier announced that he was recusing himself due to prior statements about the case made on a public record. Meredith and Garde recused themselves before the meeting. Although council members did not have to publicly state the reason for their recusal, Meredith said after the meeting that she was unable to attend due to a death in the family.

Benson and Barry Goodinson of 313 Mill St., asked Mayor Ted Kanakos to recuse himself due to a ground lease he signed with Verizon in 2019. Kanakos refused to do so; attorney Glenn Mandalas, representing the city council because Thompson, the city attorney, represented the planning and zoning commission, told Goodinson he could take his complaint to the City’s Public Integrity Commission. Delaware for consideration. Goodinson previously appealed the planning and zoning decision to grant Verizon a special permitted use for the tower.

Public comments were exclusively against the tower.

Agnes Steele, 209 Collins St., requested that the matter be referred to the planning commission for reconsideration.

The comment period became tense after Goodinson asked Kanakos to recuse himself; Goodinson said Kanakos misled people as to why the tower was placed on Front Street. Steele then returned to the microphone and said Kanakos was sarcastic and seemingly frustrated with people voicing their concerns. Kanakos said it was the first time in six years as mayor that he was personally attacked in a meeting.

Public comments were then closed and Benson, Thompson and Tracey were allowed to make closing statements, reiterating their points. The city council chose to postpone the vote on the case so that it could consider all the evidence. The Board has several options it can pursue toward its expected March 23 decision: It can reject Benson’s appeal and uphold the panel’s decision; he can overrule the commission’s decision or send the matter back to planning and zoning for further review. The Board has 60 days to issue a written decision on the appeal.