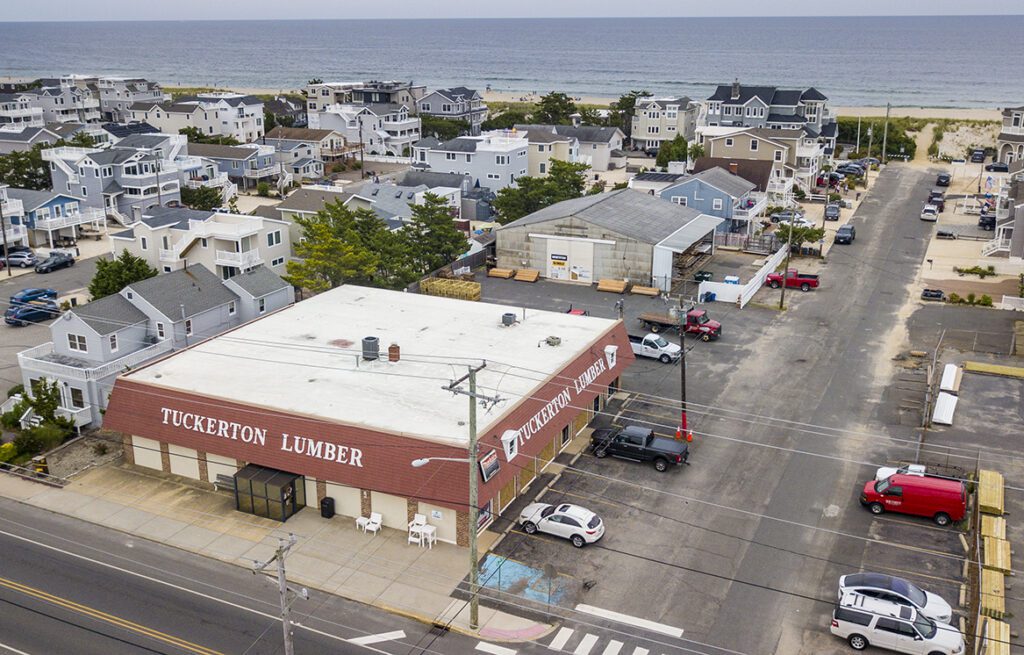 Counsel for the new owners of Tuckerton Lumber Co. said his clients’ plans to divest seven lots from the current site plan and relocate storage shelves are the only land use changes planned at the site. of Surf City, located on both sides of Long Beach Boulevard. in the district.

Tom Coleman, a lawyer with Raymond, Coleman and Heinhold based in Moorestown, outlined the plans in a November 9 letter accompanying a request to the Surf City Land Use Board to change the current sitemap.

Those six lots, along with Block 12, Lot 23 will no longer be used by the Tuckerton Lumber Co., he said in the letter.

The company will operate from block 12, lots 18, 20 and 22 and block 19, according to the application filed by Coleman.

In the summary of the request, Coleman stated that the amended site plan request was a requirement of the temporary occupancy certificate issued in conjunction with his client’s acquisition of the property from Tuckerton Lumber Co. and a letter of June from Kevin Quinlan, counsel for the council, indicating that the document was necessary to remove the lots which are no longer part of the use of the company.

When an application is submitted, the land use board clerk reviews it to ensure administrative compliance before forwarding it to the engineer and council attorney for review. During his examination of the file, Frank Little, borough engineer, judged it “technically incomplete”.

In a Dec. 8 letter to Quinlan and Board Secretary Christine Hannemann, Little noted that the lots removed from the sitemap “support commercial use by providing employees with parking, equipment storage and office space and no information was provided to the board as to the intentions for the use or future development of the plots listed above and no details were provided to support the continued use of the business. “

Little has requested, at a minimum, the applicant to amend the plans and the application to identify all prior approved uses on the site map, as outlined in previous resolutions and approved site plans, according to his letter.

Coleman could not be reached for further comment at press time.

The lots proposed for divestiture are part of two earlier approvals by previous land use boards, one from 1991 and the other from January 1993, according to a June letter from Quinlan to Coleman.

In his letter, Quinlan noted that the conditions for the approval of the 1991 site plan were specifically incorporated in the January 1993 resolution granting a special-reason exemption for Lot 14, Block 12, referring to ” a substantial portion of the lot in question has been used in conjunction with the Applicant’s lumber business for over 40 years.

The Surf City building and grounds at 200 Long Beach Blvd. and the Railroad Avenue company in Tuckerton that predated it since 1932 were both included in the multi-million dollar purchase. They will both be kept in business, “as usual,” with a view of possible additions “to the next level” and “no plans for anything residential,” the new owners said at the time of the sale. .