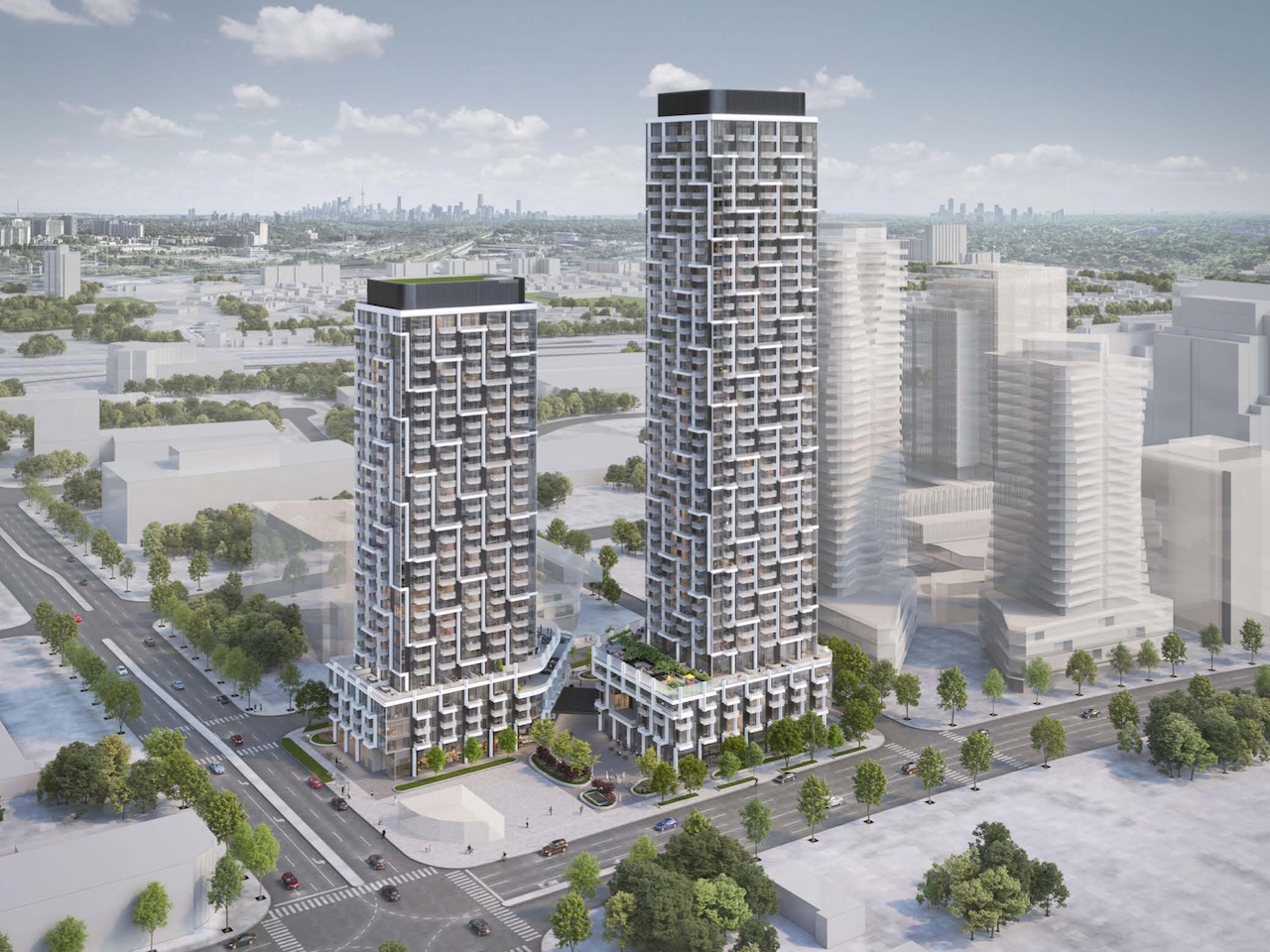 Almadev – formerly known as Elad Canada – has made significant changes to its plans for the future planned community, Lansing Square. Located on the southwest corner of Sheppard Avenue East and Victoria Park Avenue in the east end of North York, the project would see the redevelopment of the existing Lansing Square office complex with the construction of eight proposed buildings , leading to spikes in commercial and residential density. in an area that continues to focus more on high-rise development.

Looking south towards Lansing Square’s previous design, updated since over the summer, image courtesy of Almadev

The updated site plan makes no changes to the proposed public park – which will provide 4,897 m² of programmed green space near the center of the community – and remains attached to the finer road network that will facilitate north-south travel and east-west throughout the development. The proposal also intends to continue working with the phased approach which would see the development divided into five blocks, with the first construction cycle overseeing the creation of blocks one through four.

Looking more closely at the changes that the development of Lansing Square has undergone over the last year, one of them has nothing to do with the site plan; Marketing-wise, the rebranding of the developer from Elad to Almadev marks the transition to a new era for the company that will begin with this project. Excitement and expectations are high as Almadev begins the long game of another master-planned project. (Galleria on the Park is a multi-phase Almadev development currently underway in Dufferin and Dupont in Toronto’s West End.)

Then, arguably the most significant changes to the original redevelopment plan were made in the area called block 1 in the site plan, in the northeast corner. Here, a design overhaul radically altered the appearance of the development’s tallest towers, A and B. The earlier sculptural design that was consistent across all four towers, was defined by a curved shape resembling an audio wavelength running in the middle of each elevation. It has been replaced with dark gray siding and glazing contrasted by white L-shaped accents that repeat in a diagonal pattern that moves upwards, making towers A and B more visually distinct from the other towers that retain the original design.

Looking southwest towards Towers A and B, with new design by WZMH Architects, image from submission to the City of Toronto

Kitty-corner of Towers A and B, on Block 4 in the southwest corner of the site, further changes have been made to the design where an 18-storey office building connected to an above-ground parking garage is proposed . A new design has been proposed which features changes to the exterior finishes, indicating that the latest design is more brick and beam inspired, with floor-to-ceiling windows enclosed in a presumably metallic sheathing grid pattern.

The design of the new office building illustrated in an architectural drawing, image from the submission to the City of Toronto

Finally, the development team reassessed how the proposed townhouses would fit into the vertical community. Ultimately, it was concluded that the townhouses were not fully aligned with the identity of the project, and the two blocks of townhouses were replaced by two low-rise buildings of four and six storeys. No renders of these redesigns have yet been made, as the focus is on the early stages of development.

Building on their success in Emerald City, another planned community a few miles to the west, Almadev hopes to continue advancing the model of planned development as a viable and necessary urban process that welcomes the future of more than peripheral communities. For Lansing Square, part of the rationale for the project revolves around the promise of a transit extension in the TTC pipeline, the Sheppard East Extension, which would provide light rail transit to an area currently served only by bus. . With increasing density creating demand, infrastructure and development become more deeply connected on a co-evolving trajectory.

UrbanToronto will continue to track updates to this development, but in the meantime you can learn more from our database file for the project, linked below. If you wish, you can join the conversation in the associated project forum thread or leave a comment in the space provided on this page.

UrbanToronto has a research department, UrbanToronto Pro, which provides comprehensive data on construction projects in the Greater Toronto Area, from proposal to completion. We also offer Instant reportsdownloadable location-based snapshots and a daily subscription newsletter, New Development Insiderwho follows the projects from the initial request.