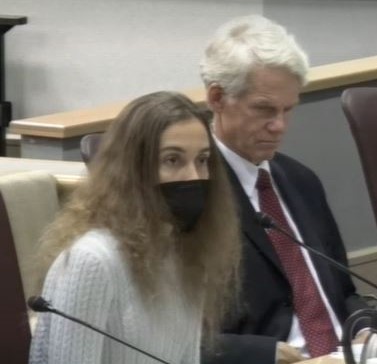 Updated: July 11, 2022, FPL has withdrawn its extreme winter peak demand proposal of review after rejection by the Office of Public Counsel, Commission staff and the Southern Clean Energy Alliance and its allies. It will revert to its usual demand projection which is in line with standard industry practice. This is good news for hard-working families and businesses, as the proposed extreme winter plan would have unnecessarily raised bills to support the excessive construction of the FPL system.

On June 1, 2022, the Florida Public Service Commission (PSC) held its Workshop on 2022 Ten Year Site Plans (TYSP) which were filed on April 1, 2022 by ten utilities. The workshop included presentations by three utilities: Tampa Electric, Duke Energy Florida, and Florida Power & Light (FPL); as well as an expert co-sponsored by Southern Alliance for Clean Energy and Vote Solar. Most of the Commissioners’ public questions and comments focused on the FPL plan, so that’s where these highlights will focus as well.

First, some background on the TYSP process in Florida: Ten-Year Site Plans are Florida’s version of an Integrated Resource Plan, or IRP. Below Florida Law 186.801, utilities submit a plan to the PSC outlining power requirements and proposed power plant locations. Within nine months of receiving these plans, the CSP must make a preliminary study and classify the plan as “appropriate” or “unsuitable” and may propose alternatives. Utilities may change their TYSP at any time and submit written notice to the Commission.

See the replay of the workshop here under “Other Meetings” and download the sitemap materials and workshop presentation slides here.

The big story of this year’s TYSP process is that FPL has asked the Commission to approve a dramatic change in the way it forecasts its winter peak demand. The company now wants to use an extreme winter weather event as the basis for its resource planning. If deemed appropriate, the plan will cost more than $400 million to upgrade its transmission and distribution system alone. In addition, FPL will add an additional 700 MW of fossil gas plant capacity; continue to maintain online several fossil gas units that were to be retired; and add an additional 1,900 MW of battery storage to its system from 2027 to 2031, compared to its “business as usual” scenario and traditional winter peak demand forecasting methodology. FPL cited several cold winter days in 1989 and 2010 that produced strong spikes in electricity demand as support. The company has not provided the likelihood of such extreme winter events occurring in its service territory, if any, or other methods to deal with them..

Commissioner Clark asked several questions of FPL’s witnesses, including whether FPL had considered any system integrations or coordination with other utilities, as opposed to overloading its own system to respond to an extreme and unlikely spike. The FPL witnesses did not provide evidence that this had been explored, but instead responded that if it’s cold in South Florida, it’s probably cold everywhere.

Southern Alliance for Clean Energy and Vote Solar co-sponsored a presentation by Jim Wilsona load forecasting expert, showing how FPL’s winter peak forecasting method is not standard industry practice and is not suitable.

“The start of a tsunami, we fear.”

Charles Rehwinkel of the Office of Public Counsel (OPC) commented that the OPC rarely participated in the TYSP process because it was routine. But there’s something different about the process this year, and “It might look like a ripple, but it’s actually the start of a tsunami, we fear.” A utility offered to deviate from the accepted standard weather load forecast which served the process well; and the OPC explicitly participated in the workshop to ask the Commission to reject this proposal. FPL’s record lacks any reasonable evidence that an extreme winter weather event described in FPL’s method is likely to recur. Moreover, FPL has not analyzed the probability of such an event. Rehwinkel concluded by saying that the Commission has the tools and staff expertise to dig deeper, as this workshop is insufficient to fully address the issue.

Public comments were generally opposed to FPL’s proposal, including from Chief Wrighta Florida energy attorney, Kim Ross of Rethinking Energy in FloridaBradley Marshall from landjusticeNatalia Brown from Miami Catalystand Christian Wagley of healthy gulf. Key themes include that customers could no longer absorb bill increases and that more emphasis should be placed on investing in energy efficiency to help reduce customer bills and keep homes safe and secure, rather than spending customers’ money on unnecessary investments and supporting old plants to prepare for an extremely unlikely winter event.

The Commission is accepting comments on the ten-year site plans and workshop presentations for the two weeks following the workshop, so by June 15th. Comments should be filed with the PSC Registrar at: [email protected], identify them as comments on the site’s 10-year plan to be filed in folder #20220000 in the subject line of the email. As always, we will keep you informed of developments.