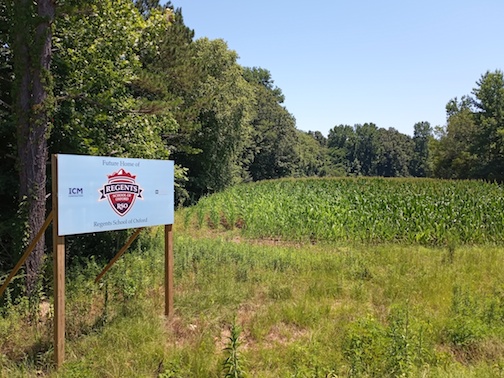 Oxford Regents School and Representative Engineer Paul Koshenina of Precision Engineering appeared before the Lafayette County Planning Commission to seek approval of a preliminary site plan for a new facility at 274 County Road 102.

Regents officials have repeatedly appeared before the County Planning Commission and Board of Supervisors over the past few months with various demands as they begin development of a site that will house 14 classrooms, a space administration, a cafeteria, a gymnasium and a body-building area.

According to Koshenina, the school and its engineers have been working diligently with the County Developmental Services Office and County Engineer Larry Britt to allay any concerns officials may have about the development.

Director of Development Services Joel Hollowell said the majority of the project met their requirements, but there were still a few issues with development. According to Hollowell, the school does not have a letter of will from Great River Utility Operating Company confirming that Great River UOC will be able to manage Regent’s sewer system and maintenance.

“We still do not have the approval of the Civil Service Commissioner to [Grey River] to expand their service area,” Hollowell said.

“We have worked hard over several months and this request has been formally submitted to the Civil Service Commissioner,” he said. “We will await their comments. [Great River] has capacity in its existing Twelve Oaks facility and we saw this opportunity a few months ago. It’s a great opportunity for this school, for the region and it works with our budget.

The other issue is traffic issues on the CR 102.

More than a month ago, Britt identified that the development could potentially cause traffic jams at the roundabout. Since then, Britt and the engineers have worked together to find a solution.

“I met with them last week and they showed a stacking procedure through a second parking lot and I think as long as they’re able to do that, you’ll be fine,” Britt said. “The main objective is the safety of children. The only thing we are concerned about is the roundabout because it is going to be extended and there will be a lot of traffic, but I think they have fixed the problem.

“We’re confident about that and we also have plans for after-hours events when we might have a lot of people on campus or a gym event and we have a lot of cars on site,” Koshenina said. . “The school is also committed to having a flagman or whatever is necessary if traffic becomes an issue.”

Officials said Regents would not adopt additional structures without sufficient queuing and stacking.