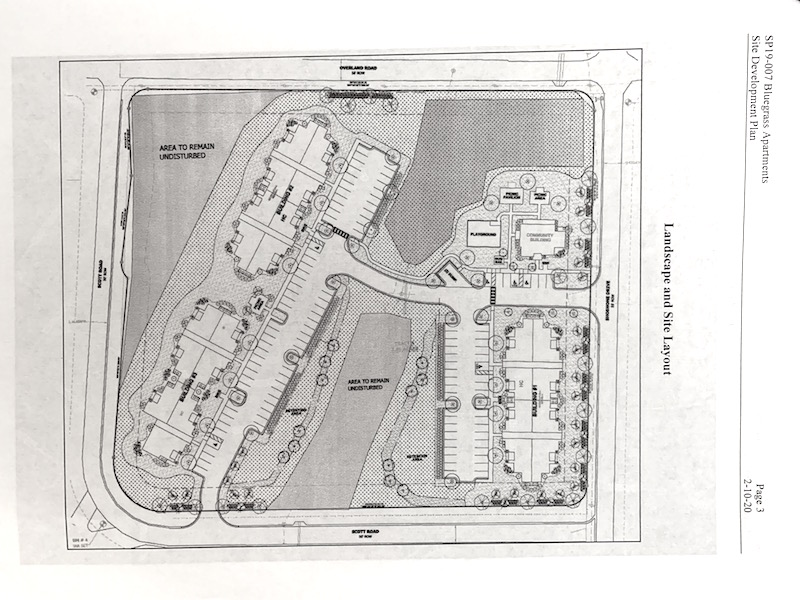 MONTEVALLO – A real estate developer got the approval he needed from Montevallo City Council on February 10 to begin construction of a new apartment complex on a property at the southwest corner of Overland Road and Shoshone Drive.

In November, council approved Widman’s request, on behalf of owner Brenda Zigarelli, for a special district modified for the property in November.

The Planning and Zoning Board reviewed and recommended approval of the site’s development plan in January, according to Shelby County Development Services Department Sharman Brooks. With a building permit in place, city council approval was required for construction to begin.

As for density, the three-16-unit construction plan will bring the development to its maximum capacity, Brooks said.

Herbert said the potential impact of the development on nearby property values ​​was his main concern.

The Bluegrass development since last year has been the subject of numerous comments and questions from residents, many of whom have voiced concerns about property values, increased traffic and drainage issues. water in the area.

Widman said the idea that the complex would cause nearby property values ​​to decrease was “extremely subjective.”

Council did not approve an application by Chris Reebals, on behalf of property owner Montevallo Cottages LLC, to change the zoning district from Special District R-2 to Special District R-4 for the construction of a multi-family housing community. off Alabama 25 near Shelby County 19 (Enon Road).

The proposed community would include units designed for “rent” townhouses.

Brooks said the Planning and Zoning Board reviewed the request and recommended that it not be approved due to the increase in density inconsistent with the surrounding area and the overall plan.

The Montevallo Cottages affair died for lack of motion.

The council considered but did not act on a request from Ammersee Lakes developer Tom Bagley to split the cost of repaving roads in the first and second sector of the subdivision this year to allow construction of the third sector. .