By Betty A. CraneFebruary 13, 2022Site plan
No Comments 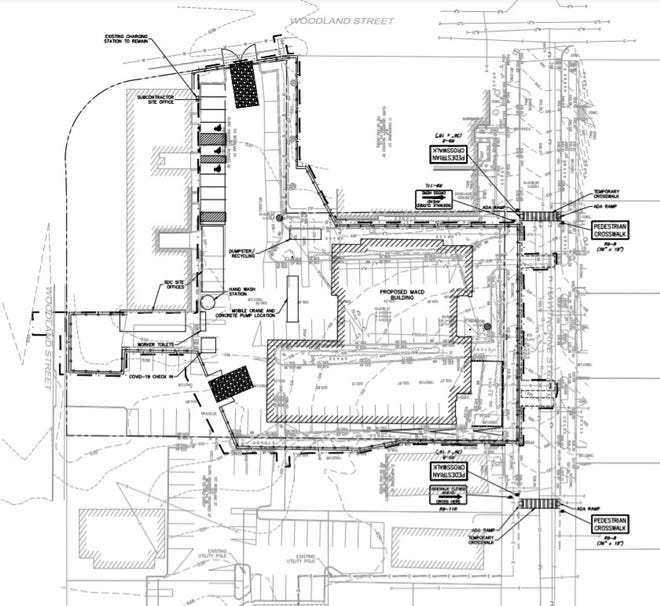 WORCESTER — Clark University plans to construct a four-story building dedicated to media arts, computing and design at the corner of Woodland and Hawthorne streets, according to documents filed with the Planning Board.

The university has applied for a final site plan review with the Planning Board for the construction and development of 151 Woodland St., also known as 9 Hawthorne St.

According to the filing, the university is planning a new quad zone, accessory parking, landscaping, curbs and walkways as part of the project. The new building will contain a lecture hall, classrooms, video and virtual production labs and studios, computer labs, a video game library, offices, lounges and other spaces.

clark announced his plans last year for the new building; part of it will accommodate the university’s absorption of the video game program from the former Becker College.

Parking spaces at the current site are used by faculty and staff and will be removed for the project, but the filing says there is “more than adequate” parking at other locations on campus.

The university has not been shy in recent years to expand its footprint in the region. End of last year he bought the former Diamond Chevrolet lot at Park Avenue and Maywood Street for $7 million; he has yet to announce his plans for the 7-acre parcel.

And in 2016, Clark open the $19 million Shaich Family Alumni and Student Engagement Center, its first foray into Main Street, on the site of a former church next to University Park.