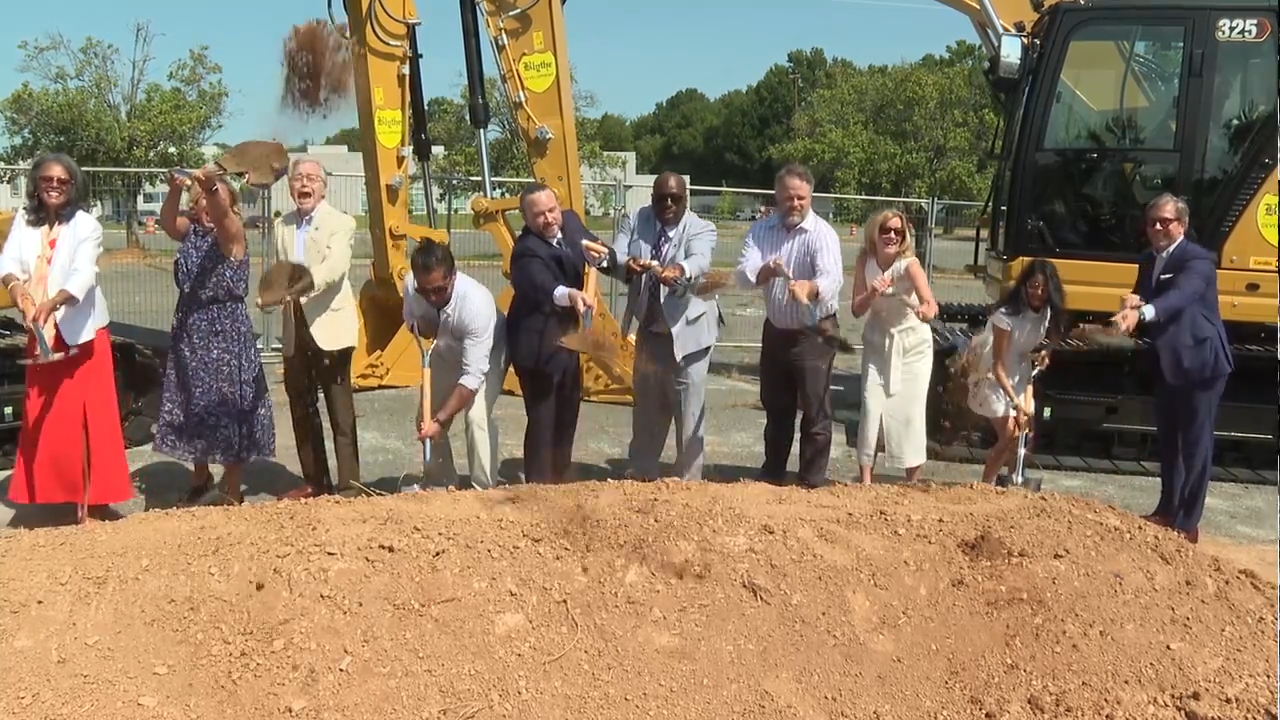 CHARLOTTE (QUEEN CITY NEWS) – City leaders gathered on Wednesday to commemorate the groundbreaking of a long-awaited redevelopment project at the former site of the Eastland Mall.

BE THE FIRST TO KNOW: Sign up here for QC News alerts and get the latest news straight to your inbox

“It’s been a long day to prepare and I’m so excited that we’re finally here, celebrating the start of this new phase for East Charlotte,” Mayor Vi Lyles said. “This project will bring new needed amenities to this community, employment opportunities for residents, and build on the already strong sense of civic pride that has been nurtured by the East Charlotte community.”

The City of Charlotte and lead site developer Crosland Southeast will turn 77 acres of vacant land into a mixed-use neighborhood center, which will increase housing affordability and provide an economic spark for east Charlotte, said officials said.

This new redevelopment will spur small business creation and provide high-quality open space for the community, the City of Charlotte said.

“The community has waited a very long time for this day to finally arrive and we are honored to be a part of it,” said Tim Sittema, Managing Partner of Crosland Southeast. “We still have a lot of work to do, but it feels good to celebrate this milestone in the transformation of this important east Charlotte property.”

The development will take place in three phases. The first phase, planned until 2024, will include:

Locals hope this public-private partnership between the city and the developer will bring the area back to its heyday when Eastland Mall opened in the 1970s.

The city purchased the property in 2012 after the mall closed. The mall was demolished the following year, and in 2018 the city selected a master developer.

At one point, the site was going to be a movie studio. Next, the headquarters of Charlotte FC and a youth football academy. All of these efforts failed, most recently when Tepper Sports backed down.

Queen City News spoke to a neighbor of more than 20 years at the site who said the process was frustrating but she hopes there will be better days ahead.

“Over time, nothing was done. It was depressing when they started working on something again, doing it, it was exciting and then we had our ups and downs,” said Diana McLemore.

Future phases will include an additional 145,000 square feet of office and retail space.