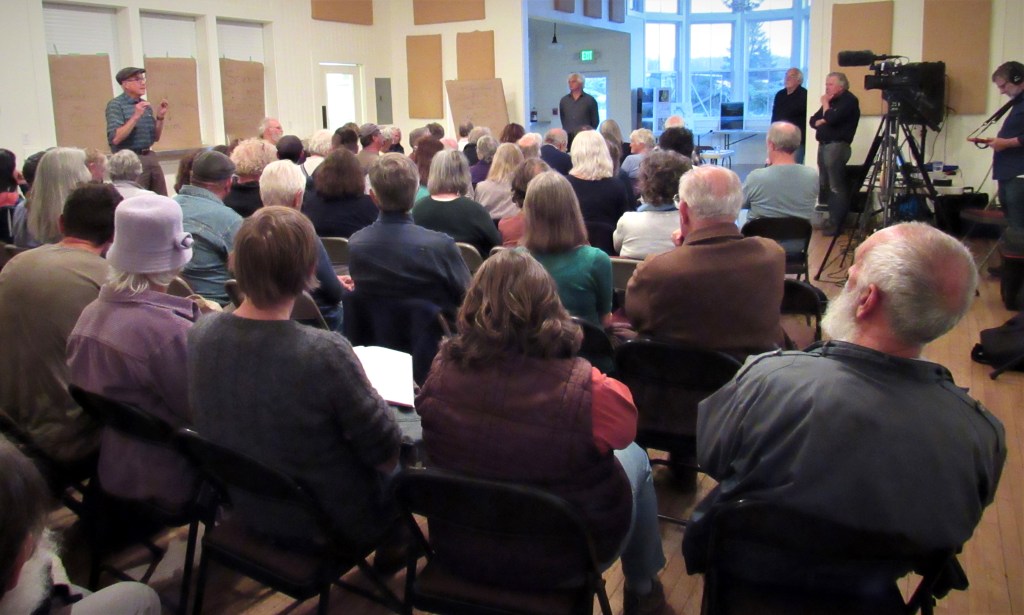 Guest speaker Ignacio Chapela, associate professor at UC Berkeley and researcher in microbial biology and mycology, was invited to incorporate the challenges of the plant site into his science presentation. Mendocino TV recorded the event for a replay.

Cal Winslow, President of the Mendocino Institute, opened the event with a brief introduction. He was concerned that Koch Industries, which bought Georgia-Pacific in 2005, would sell the property piece by piece and abandon the plant site without the cleanup being completed. Winslow has said he would like the 400-acre headlands to be treated as common property, where people come first rather than developers and real estate interests.

Jim Tarbell, vice president of the Mendocino Transit Authority and longtime active member of the community, provided an update on the Skunk Train and Harvest Market plot purchases as well as the Town of Fort Bragg amendment. at the Local Coastal Plan to rezone the property from industrial use to other uses.

Chapela expressed his hope that as a foreigner he could facilitate issues that might be difficult locally. Chapela described the mill site problem as a “nasty problem”. A “nasty problem,” according to Chapela, is something not everyone can agree on.

He then gave a seven-part presentation on its application and study of science, the monetization of the environment, and the interconnectivity of humans with the flora and fauna that share it.

Chapela’s presentation touched on the needs of the environment, the barriers that prevent people from overcoming them and the ability of people to break free from these barriers.

“Here and now, plan for a cleared headland and you won’t make any compromises,” Chapela said, adding, “Life isn’t going to end anytime soon. As the multiplicity of life forms dwindle, it isn’t. that every form of life is necessary, but it is desired.This is not a world that can function or survive, but a world that we desire.

For more information about the Mendocino Institute, visit mendocinoinstitute.org. To review the presentation, visit mendocinotv.com/2019/06/14/public-forum-on-the-future-of-the-fort-bragg-mill-site/.