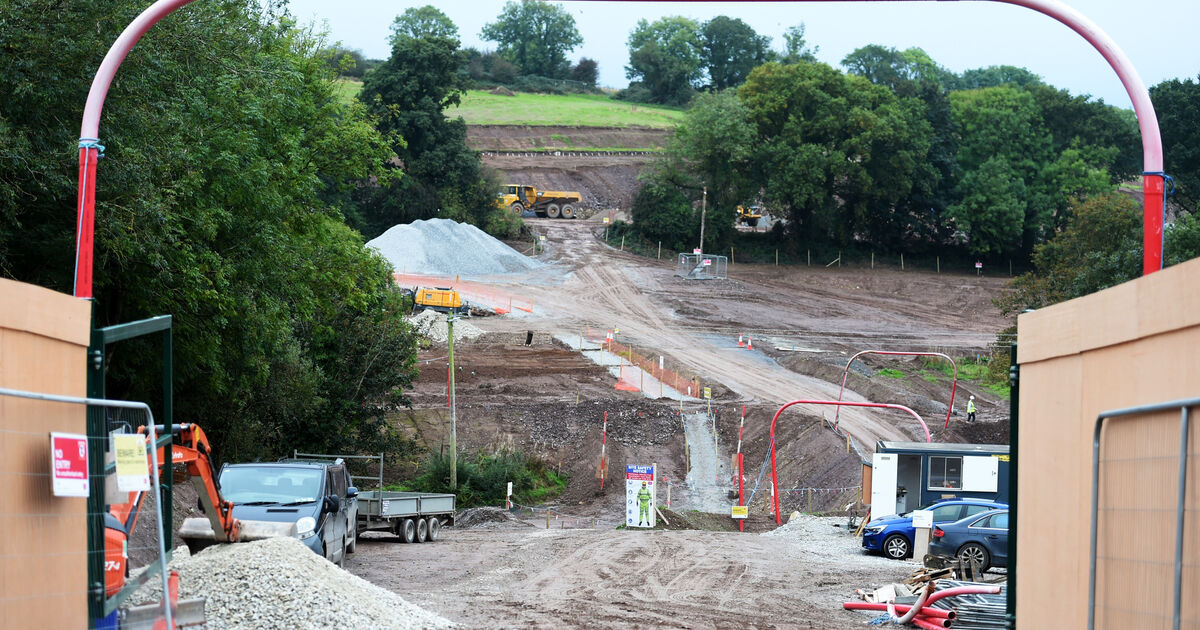 SITE development work has started for a development of over 150 million euros of new homes by PLC developers Cairn, on a valley site on the outskirts of Cork village in Douglas, near a new school under construction by BAM.

Called Bayly, the 472 unit program on Carrigaline Road at Castletreasure is Cairn PLC’s first program founded in 2015 in Cork, having acquired a number of sites in Ireland through a € 503 million portfolio sale to Ulster Bank with Lone Star, Project Clear.

Cairn bought around the same time another limited company, Glenveagh, entered the Cork market; While Glenveagh has continued to expand its presence and has recorded several hundred sales to date from Cork, notably to Blackrock and Maryborough Hill, Cairn has so far not made any concrete site relocations to Munster.

Cairn, which has announced its goal of building 2,500 Irish houses in 2021, mainly in Dublin and Leinster, has 16 sites listed on its website including Dublin, Kilkenny, Kildare and Wicklow, has two sites in the wings in Galway and Castletreasure Liege.

After acquiring the sites The Project Clear, Cairn quickly sought to sell three of its Cork sites, the Good Shepherd Convent in Sunday’s Well (now destroyed by fire and in new hands), a site in Victoria Cross and 52 acres to Castletreasure, Douglas, who had been associated with the developers of Cork Frinailla, in a offer of 30 million euros.

Unsold at its £ 25million 2016 price guide (obtaining bids of around £ 18million via Savills agents), was the largest site, the 52-acre Castle Treasure Lands across from the Douglas Golf Club, in a green setting. Frinailla had bought it at the peak of the market in the mid-2000s to move the Douglas GAA club out of the village and finance the exchange through the sale of houses here as well.

Cairn PLC obtained planning approval in October 2019 via a Strategic Housing Development (SHD) application with Meitheal Architects for this Castletreasure site, after an oral hearing addressing some specific issues such as stormwater management.

The town planning grant – one of the largest in the Cork region in recent years – covers 234 semi-detached and terraced houses, 160 apartments and 78 duplexes, with 4.4 ha of parkland and amenity space.

In giving the green light for construction, Bord Pleanala said the development of the Douglas Edge was reasonable development and “would not seriously impair the residential or visual amenities of the area or property nearby, would be acceptable in terms of of urban design, height, and quantum of development.

No sales agent has been named yet, and it is unclear whether Cairn has any pre-construction deals for portions of the program.

A spokesperson said last night that “Cairn looks forward to bringing new homes to Castletreasure in 2022 in what will be a phased, multi-year development.”