By Betty A. CraneFebruary 8, 2022Site plan
No Comments 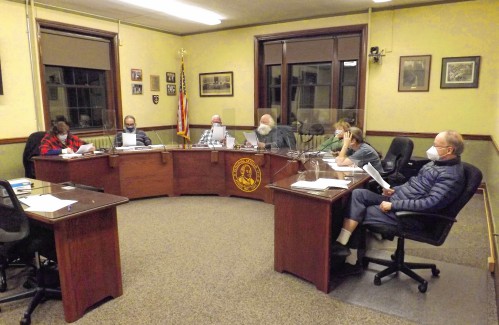 ATHOL – At its meeting on Wednesday February 2, the Athol Community Planning and Development Board approved a site plan amendment for Uma Cultivation’s operation at 706 Petersham Road. The original site plan, approved by the board of directors in December 2020, called for the construction of a 10,000 square foot building to house offices, manufacturing spaces, storage spaces and a 6 000 square feet for growing marijuana.

However, as planning for the project progressed, Uma officials determined that the original building they had proposed would be insufficient to meet the needs of the business and sought board approval. to double the size of the proposed structure to 20,000 square feet.

A public hearing on the proposal opened in November last year, with follow-up at monthly council meetings in December and January. The hearing closed on January 5, but no decision on the amended plan was made at the time. Time was given to council members to weigh any proposed conditions they might want to attach to the amended plan and to allow for a review of the site plan by the council’s engineering consultant, Tighe & Bond.

Ahead of last week’s vote, Athol planning and development director Eric Smith told the council: “This is now a major site plan process due to the fact that they offer 20,000 square feet. This triggered a major review. Their intentions are to eventually reach 50,000 square feet, which means they will have to come back in the future, and this will be an additional site plan topic for the council.

The amended site plan, he said, included everything the council had wanted to see, adding that no waivers had been requested by Uma.

“As soon as you issue a decision tonight,” Smith said, “you will issue a decision within the 45-day period since the hearing closed. A conclusion for includes a summary of the process, all official comments from the city , and we wanted to put in there that the ConCom (Conservation Commission) had no problem with the location as there are no wetlands on the site, which is all that would fall under their jurisdiction.

He noted that in carrying out the peer review, Tighe & Bond found that “everything that needed to be resolved had been resolved”, adding only that the engineering company had suggestions for conditions to be added. to the amended permit.

“Council may, in the course of the vote,” Smith continued, “find that – with all conditions – the proposal does not adversely affect the health, safety and welfare of residents of the city, and that have a positive impact on the local economy. So it’s part of your decision.

This, he explained, means that Uma will have to come back to the board for any proposals to expand the building beyond the 20,000 square foot scope of the currently proposed project.

Even with a doubling in size of the original building, Smith said, “They agreed to have the maximum (crop) canopy at 6,000 square feet for six months of odor-free operations,” before returning to the board of directors with any request for canopy expansion.

Another condition for approval of the amended site plan was proposed by council member Marc Morgan.

Uma encountered a small glitch on the way to approving the modified sitemap. The company, in anticipation of expanding the size of the original building, felled a number of trees on its property without first informing the municipal authorities of its intention to do so. Neighbors feared the action would increase stormwater runoff from the property, which would lead to erosion of the hillside that overlooks Petersham Road. However, a site inspection revealed that while the trees were being felled, stumps were left in place, reducing the likelihood of increased runoff.

Although the move was determined to violate the spirit of Uma’s special permit, it did not constitute an actual violation of the permit conditions and no penalties were issued against the company.

The Board of Directors’ vote to approve the amended site plan was unanimous.

Greg Vine can be contacted at [email protected]