Approval of the final site plan for Millenium Place Condos

By Betty A. CraneApril 1, 2022Site plan
No Comments 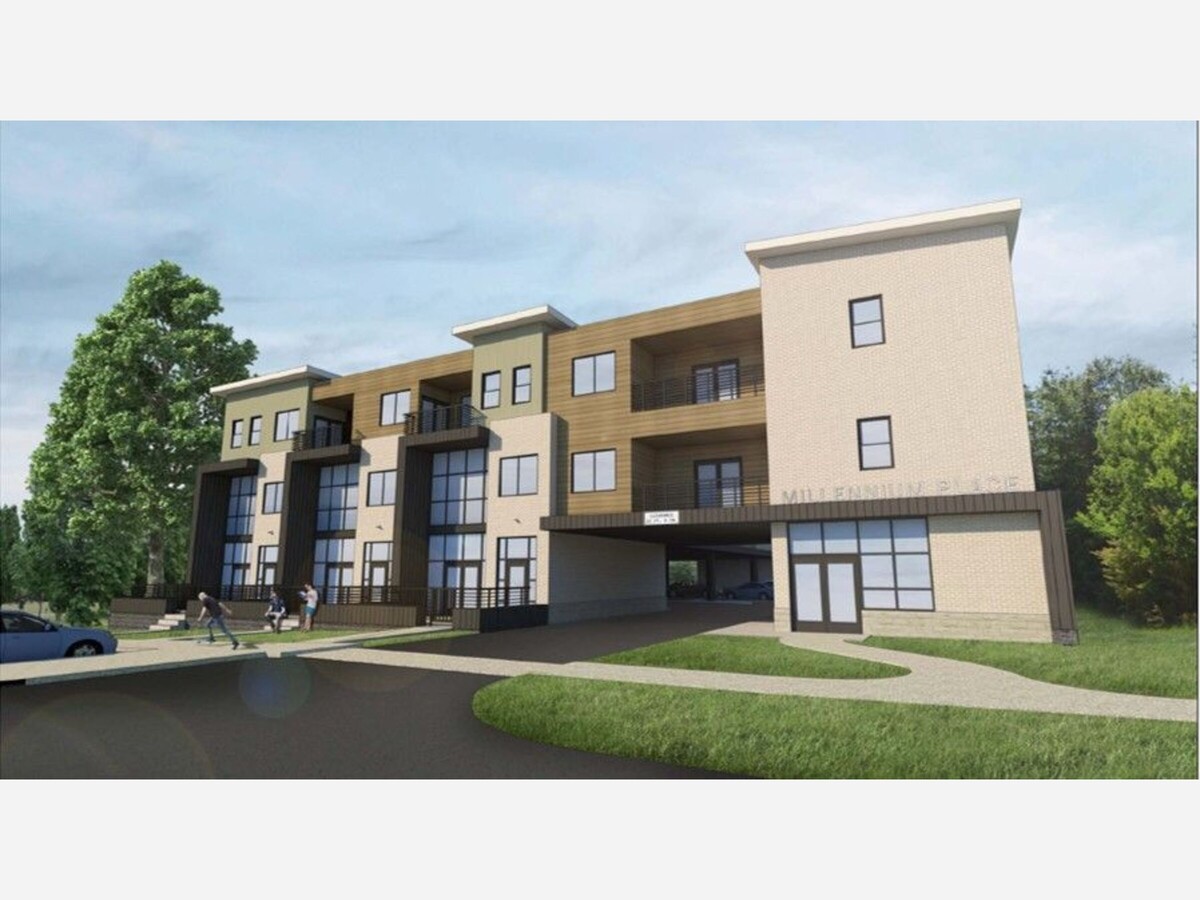 At its March 28, 2022 meeting, Dexter City Council approved a planned unit development and final site plan for Millenium Place condominiums for working adults and professionals who wish to live in Dexter.

The three-story, 23-unit condominium development will feature three two-story townhouses facing Grand St. The remaining 20 units will be a mix of one-, two-, and three-bedroom condos ranging from 774 to 1,405 square feet . Parking will be at the rear of the complex, hidden from passing traffic by architectural design. An open green space and patio are provided with picnic tables around the rain garden. Plans include protected bike racks to further address the growing desire for non-motorized modes of transportation.

In its written description of the project, developer Marhofer/Campbell Development Co., LLC, said, “Living within the city limits provides convenient access to all of the amenities of the downtown community, including restaurants, theater, health services, retail, parks/trails B2B and mass transit, identified as attractive to many current markets, as analyzed in the City of Dexter’s Target Market Analysis (MSHDA/Land UseUSA, 2015).

The condos are designed with aesthetics in mind. Material variations aim to break up the facade of the building and blend into the surrounding neighborhood while maintaining an urban feel. The landscaped buffer zones and exterior design are intended to create a visually appealing landscape for passing pedestrians and motorists. Facade materials will be primarily environmentally friendly and durable.

The property has no historic or significant structures. A small house will be removed. Many trees on the lot are unhealthy or invasive. Ten maple trees will be removed and replaced, some with trees suitable for growing under the power lines that cross the plot.

Council asked Marhofer/Campbell partner Jack Campbell if he had received any feedback from neighbours. Besides working with a neighbor on some shared ownership issues, he replied that no one else had contacted them, which was unusual.

“We got none of that. I think that will really be a benefit to the neighborhood,” he told the Council.

Council approved the plans with some conditions regarding lighting and a low wall to prevent vehicle headlights from shining into first floor windows.