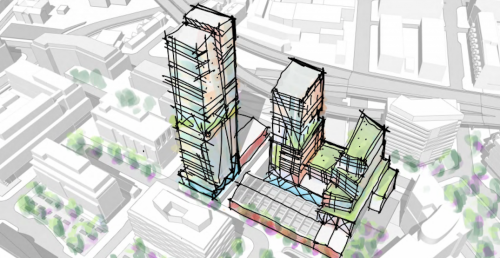 Alternative foundry site development designs that would save historic buildings

The proposed demolition of Toronto’s foundry buildings to make way for affordable housing has sparked controversy, especially among those who wish to conserve existing heritage buildings.

But in January, after a demolition crew showed up on the ground, a judge ruled that the smelter’s demolition should be halted, pending a new ruling in March. Then, earlier this month, the Ontario government announced it would begin a public comment period for the smelter site.

The three alternatives of the urban strategy would give a total of 1,045 residential units with 264 affordable units and reach a maximum of 41 floors.

The first design calls for three towers of varying heights – 41 stories, 20 stories, and 18 stories – to be mounted in spaces adjacent to existing heritage buildings, with the tallest tower anchored in the middle.

The affordable units would all be located in the 18-story building on the east side of the property. In addition to residential units, this design also makes space for cultural and artistic uses, offices and retail. 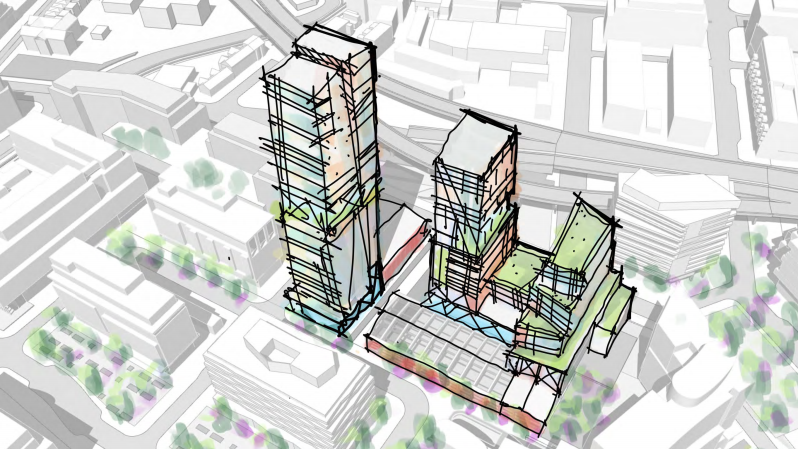 The existing machine shop building would be transformed into an indoor / outdoor cultural, community and artistic space. Offices and retail businesses would be located in the other existing buildings of the foundry.

The final design proposal foresees two towers, one of 40 floors and the other of 30 floors. With just two buildings, this design frees up space for a new public plaza at the southwest corner of the property. 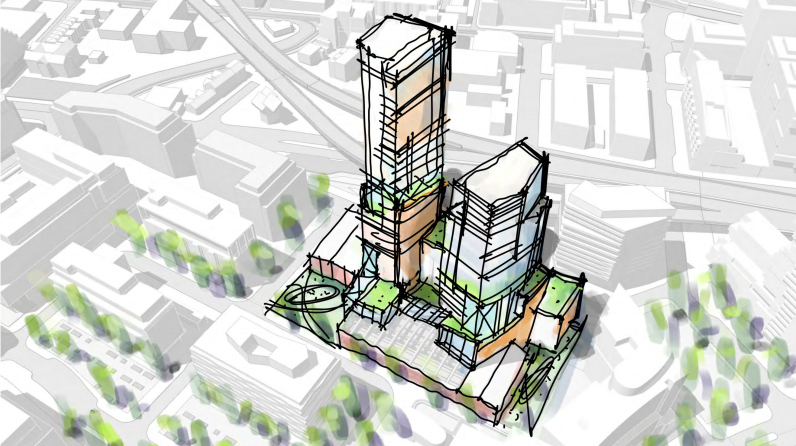 The public consultation is currently open on the Government of Ontario’s website and will close its comment period on March 4.