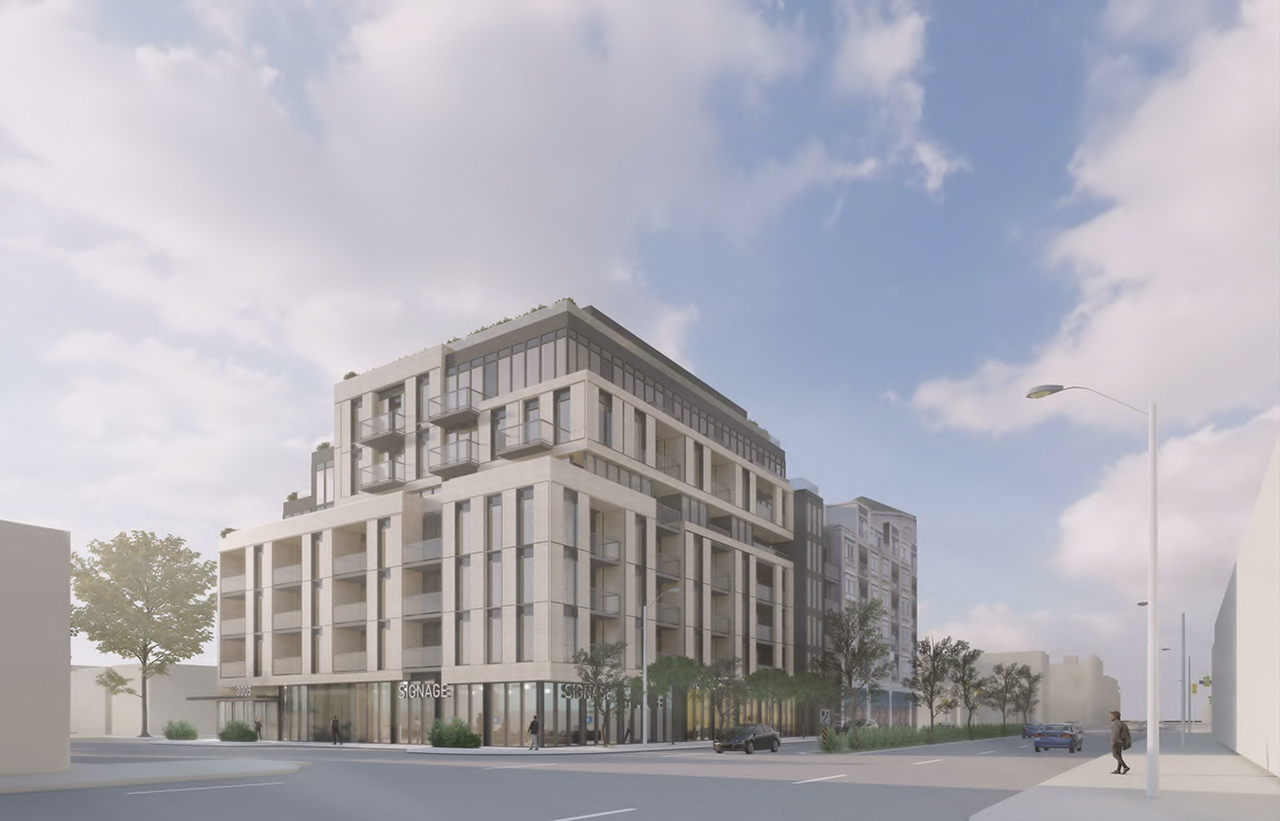 Plans for a 7-storey mixed-use building at 3005 Bloor Street West in the Kingsway area of ​​Etobicoke have moved forward. The development is located southwest of Bloor and Humbervale Boulevard, on the block east of Royal York Road. In November 2017, Bousfields Inc. filed a zoning change request on behalf of One Properties with the City of Toronto to allow for development of the site, and in July of this year, the developers submitted a request for approval of the updated sitemap.

The site is currently occupied by a 2-storey building – a car detailing center on the first floor and commercial uses on the second floor – with surface parking. A 6-storey mixed-use building is located immediately to the west of the site, at the southeast corner of the intersection of Bloor Street West and Royal York Road, while single-storey and two-storey detached houses make up the district to the south. (One Properties also owns a single family home to the south at 14 Humbervale; this is not part of this application.) To the north and east of the site along Bloor Street West are mostly 1 and 2 story buildings. occupied by retailers and restaurants, sometimes with residential rental units above.

Residents can walk to Royal York Tube station in minutes, while several bus lines run north or south of the station.

The proposed 7-story mixed-use building that would replace the current building and parking lot is designed by Turner Fleischer Architects. The total gross floor area is 5,508 m². The mixed-use building faces Bloor with a 4-story podium, consistent with the height of the building immediately to the west, and is set back 2.4 meters from a new north property line (0.4 meters along the northern edge of the property are underway the City for a road widening allowance). Floors 2 to 6 overlook the setback by 1.2 meters, while floor 7 retreats 1.5 meters from the 6th. Approximately 532 m² of retail space in two units will face the sidewalk of Bloor Street.

South to 3005 Bloor Street West, designed by Turner Fleischer Architects for ONE Properties

Vehicle access to the site is via a private driveway connected to Boulevard Humbervale on the south side of the building. A total of 60 parking spaces – 49 for residents, 6 for visitors and 5 for retail – as well as 37 bicycle parking spaces are included on two underground levels. 6 short-term bicycle spaces are provided at ground level.

You can read more about our database file for the project, linked below. If you wish, you can join the conversation in the discussion thread associated with the project forum or leave a comment in the space provided on this page.

UrbanToronto offers a new way to track projects on a daily basis throughout the planning process. Sign up for a free trial of our New Development Insider here.