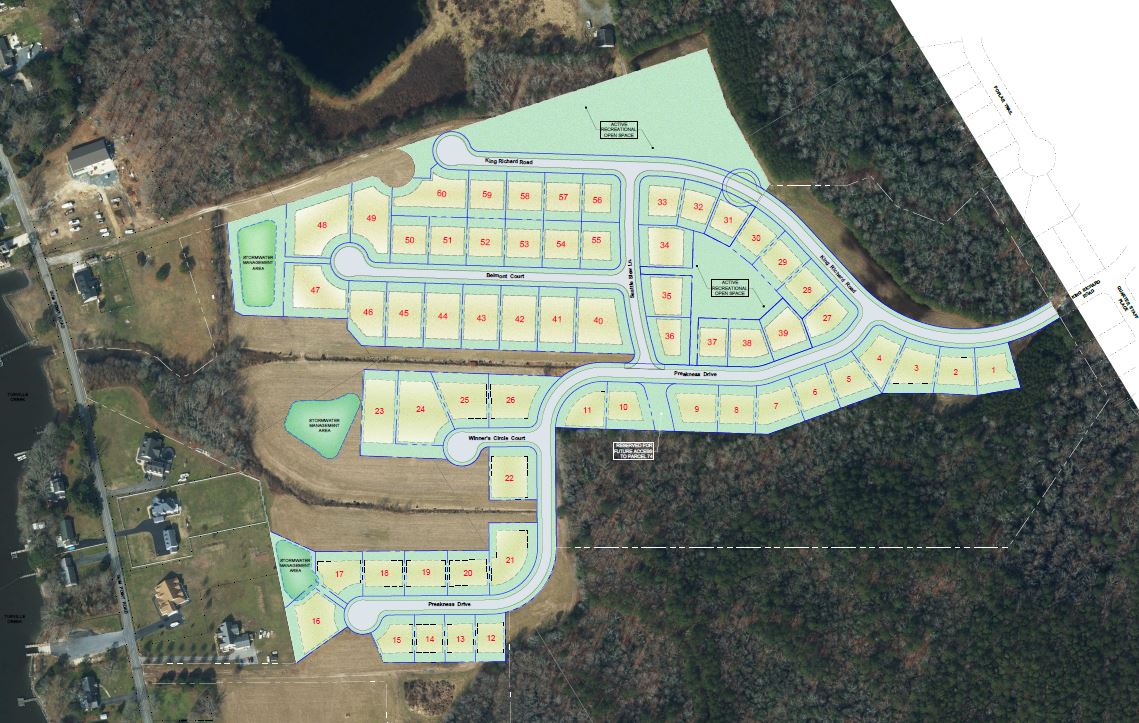 SNOW HILL – As construction on the first phase begins, plans for the second phase of a new development off Route 589 are also progressing.

“This project has been approved for a very long time,” attorney Mark Cropper said. “It’s just a continuation of what was originally approved with no major changes.”

Cropper presented the site plan for Phase Two of Triple Crown Estates to the commission last Thursday. The project, which received initial approval in 2015, at one time included duplexes but was adjusted in 2020 and is now made up of 60 single-family homes.

Phase one, which is currently under construction, consists of 30 units while phase two, which was under review last week, will also consist of 30 units.

The homes will be connected to Ocean Pines via an extension of King Richard Road and will not be accessible via Route 589 or Gum Point Road.

“The only access is from Ocean Pines,” Cropper said.

Planning commission member Ken Church said he had received calls from residents of Gum Point Road who said they had seen construction vehicles on their street.

Cropper said the vehicles were not associated with Triple Crown Estates, but were instead related to the county’s sewer installation along Gum Point Road.

“I have been told that any activity that has been observed has nothing to do with the construction of the subdivision,” Cropper said.

He added that, as proposed, the second phase of the planned residential community (PRC) was consistent with the county’s overall plan and plans for the project had not changed since the duplexes were converted to single-family homes in 2020.

“If the RPC did not comply with the compensation plan, zoning regulations and other guidelines, it would never have been approved to begin with,” he said.

The commission voted unanimously to forward the RPC to County Commissioners with a favorable recommendation.